Lending a hand to those truly in need

After reading about the SKY program in a newspaper article, Britt reached out to Brian Copes, Engineering teacher at Thompson High School in Alabaster. Honduras mission trips provide prosthetics in the form of arms and legs to the people of Honduras. Contributions have included utility vehicles—one of which was used as ambulance and another as a school bus—made by students. 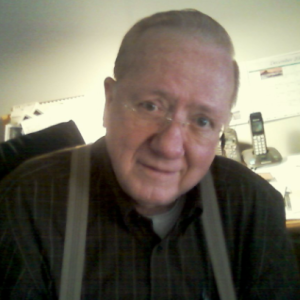 Britt worked to get other businesses connected to assist the SKY mission trips.

“I wish we could have done more,” he said.

BEA made several donations, as much as $2,000 to purchase items for the trips.

Britt and his spouse of 48 years, Fran, were members of 66th Street Baptist Church in the ’70s. They taught married couples for about 10 years.

“We adopted every one of them. They became our family. We took part of the group to nursing homes to visit patients,” he said.

A native of Eutaw, Alabama, Britt joined the U.S. Air Force when he was 19 years old. He earned his airplane mechanic license through night school.

“I loved mechanics,” Frank pointed out.

“It was an awesome experience as a 19-year-old to be assigned to an airplane,” exclaimed Britt.

He earned a B.S. degree in aeronautical engineering in 1958 and is a registered professional engineer. He was employed as a flight test engineer at General Dynamics in Ft. Worth, Texas. Although he has been on dialysis for the past four years, he is devoted to caring for Fran, who has health issues.