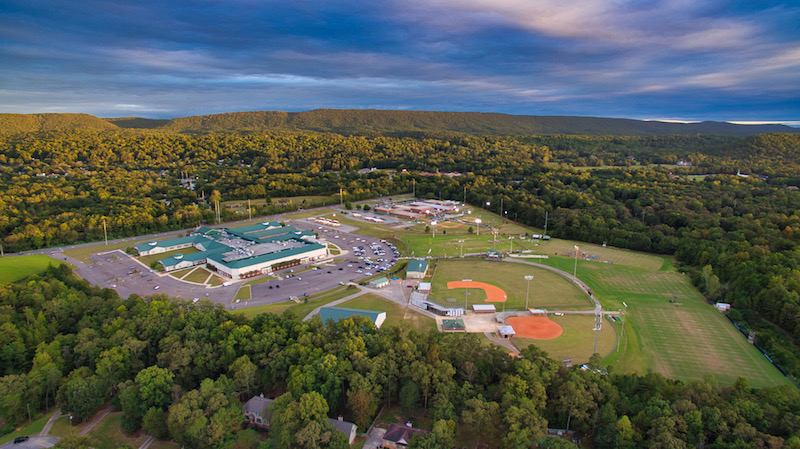 Construction of a new fine arts building on Oak Mountain High School’s campus is slated to begin in December. (Contributed)

NORTH SHELBY – A construction project for a new fine arts facility at Oak Mountain High School has encountered delays amid the COVID-19 pandemic.

Dr. Travis Bender, who serves as the Fine Arts Department chairman at OMHS, said an increase in material costs led to officials placing a six-month hold on the groundbreaking.

“We were supposed to break ground early this summer, but that has been postponed to December of 2021,” Bender said. “In terms of blueprints, we should have an updated set soon, but those are not public yet.”

Bender said the project is slated for an 18-month construction window, depending on the weather.

The addition will be an extension of the school’s current arts building and will provide more space for rehearsals, storage, a music library and offices for the choir and band programs.

Originally estimated to total about $4 million, the facility is included on a list of capital improvement projects the Shelby County School District plans to complete over the next several years with revenue generated from refinancing existing debt at a lower interest rate and a state bond issue.

More than 500 students participate in OMHS’s band and choir programs, which means nearly one third of the student body will benefit directly from the project. That’s not counting students in the theater program who use the auditorium for rehearsal space.

The expansion will allow the marching band to rehearse together indoors when students need a break from the summer heat during band camp, Bender said.

Once the new building is completed, the current fine arts facilities will be turned into extra space for the school’s athletic programs.

“We’re hoping to move into that facility in the summer of 2023,” Bender said. “We will have a brand new band room and brand new choir room. We’re looking forward to having some more room, with more storage for our programs.”

The district also plans to build nearly 80 additional classrooms in several communities that have experienced significant growth, including Chelsea, Calera, Helena and Montevallo.

“The school district is planning approximately $38 million for capital projects while not increasing our debt service,” Shelby County Schools Superintendent Dr. Lewis Brooks wrote in the initial press release. “It allows us to address some immediate expansion needs and to focus our attention on other renovations and improvements throughout the county.”

Marching back in: OMHS band poised to start new…