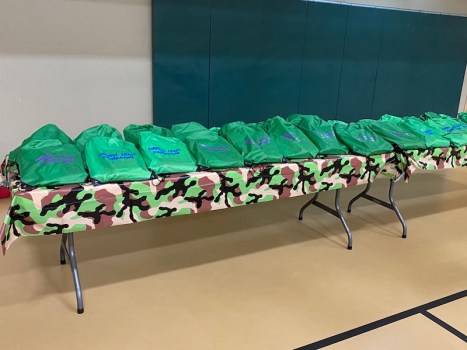 The Cornell Lewis Foundation held its sixth annual “Back 2 School Rally,” which helped provide supplies to more than 80 returning students in the area. (Contributed) 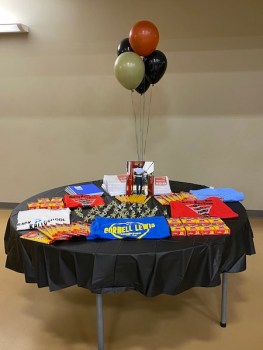 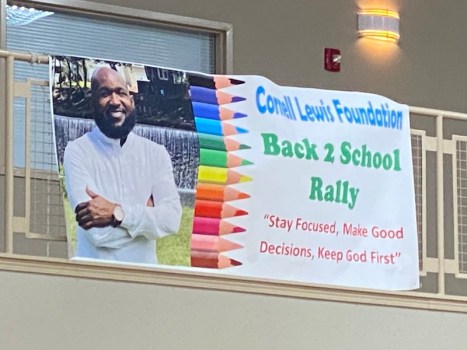 HELENA – The Cornell Lewis Foundation held its “Back 2 School Rally” at the Helena Sports Complex on Aug. 1 to help more than 80 students collect supplies for the upcoming school year.

Many families have been struggling financially since the beginning of the COVID-19 pandemic. Aaron Lewis, founder of the Cornell Lewis Foundation, said alleviating some of that financial burden was the organization’s goal.

“This year’s event went pretty well,” Lewis said. “We had approximately 85 students attend. I know many were still nervous to come out because of the rising COVID-19 Delta variant cases, but we were still able to have a great event.”

The students were given a number of necessary school supplies including things like paper, pens, pencils, notebooks and other items, which were determined by the student’s grade level.

Lewis also held drawings for two tablets that were distributed during the rally.

Now in its sixth year, the event has developed a reputation, according to Lewis.

“We have people returning each year from all over. I have some people as far as the north part of Birmingham who attend each year,” Lewis said. “They look forward to it, and message me throughout the year making sure I am still going to put it on. Everyone is always so grateful for the opportunity.”

During the rally, there were activities like basketball for the students to play and there was some food for the attendees.

The foundation was started in 2015 to “foster a sense of community and family,” according to Lewis.

“I feel like this year’s turnout was great, considering everything that was going on,” Lewis said. “Everyone was happy to be there and they said my message this year was great. All of the students could comprehend it. It was a very heartfelt, very God-moving event. For me, it is not about getting donations or a large crowd; it is about taking time to help out in the community and help students while keeping God first.”

Lewis said he plans to continue the event in 2022, while potentially adding new features and a new date.

For more information about this event or to help support the Cornell Lewis Foundation’s efforts, visit Facebook.com/ACLewFoundaiton.