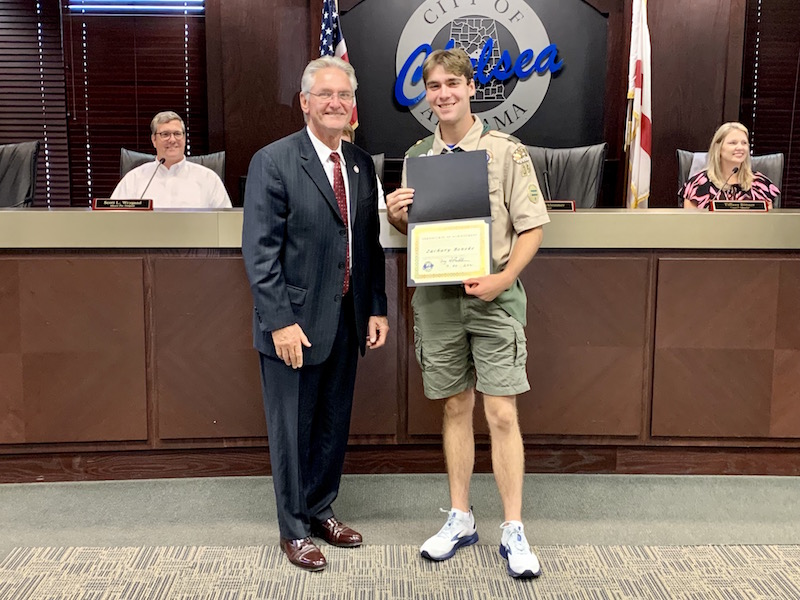 CHELSEA – The Chelsea City Council on Aug. 3 approved a rezoning request for more than 15 acres of property in the Windstone neighborhood.

Several adjoining property owners shared comments and questions during the hearing about the buffer zone between property lines, soil erosion and how many horses Boudoin plans to have on his property.

Two residents expressed concern about erosion issues but said they are in favor of the 30-foot buffer zone to be left between Boudoin’s property line and theirs.

Another resident said she was worried about the number of horses Boudoin might keep on the property.

Boudoin said he did not intend to have a large number of horses, and he plans to install a horse fence around the property.

Robert Smith said he was not opposed to Boudoin’s plans for the property Smith had considered purchasing when it was on the market.

“I would be happy to have you as a neighbor,” Smith said to Boudoin.

With his rezoning request approved, Boudoin will be able to subdivide the property into three parcels, one totaling 8.5 acres and the other two totaling 3.5 acres each.

The Chelsea Planning Commission also held a public hearing for the request and cited no concerns about it since Boudoin wanted to create only three lots, according to City Councilmember Scott Weygand, who also serves on the Planning Commission.

In other business, the Council voted to execute a renewal contract for audit services with HdL.

“We’re not after a penny that we’re not entitled to, but we also don’t want to miss a penny of revenue that you as a citizen are entitled to,” he said. “We would have missed $25,814 we were due without these audits. That’s not just money we’ve billed and hope we get; that’s money we’ve already brought in the house.”

Picklesimer said the revenue generated from the six audits represents a 1.78-percent return on the city’s investment.

Larry Curvin, Chelsea’s revenue manager, said the audits also help the businesses involved to get on track with paying correctly.