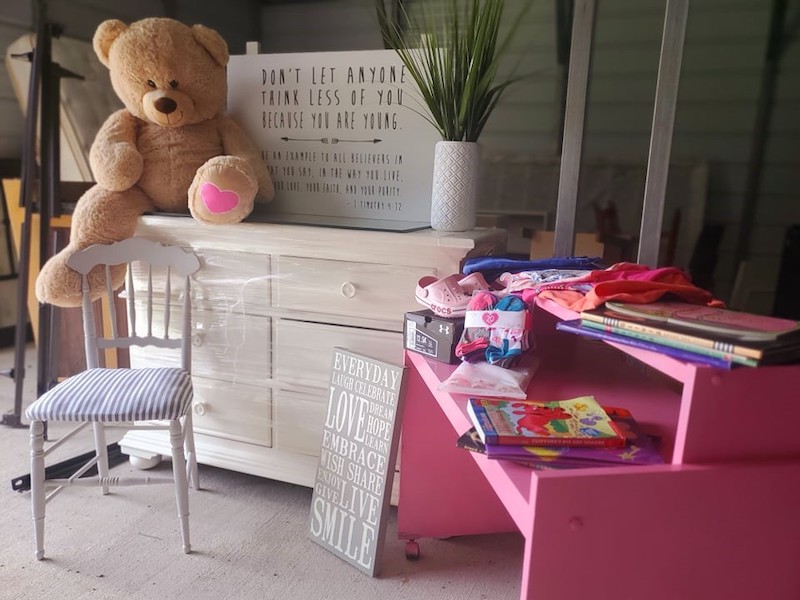 Members of Cultivate Church are currently requesting monetary or furniture donations as part of a home renovation project later this month for families in need.

Megan Ruff, who initiated the project, understands the value of a home having grown up in foster care since the age of 4.

“I have had this trauma throughout my life, and I had just been trying to figure out a way to deal with that grief, and one such way I have done that is by giving back to other children. I love kids, and I don’t want them going to homes with beds on the floor or no bed at all sometimes,” Ruff said.

Growing up, Ruff drifted from foster homes throughout Alabama before arriving at Kings Home in Chelsea where she spent her teenage years. Now as an adult, Ruff said she channels that experience as a means for positive change.

In fact, Ruff’s upcoming renovation project came about after hearing of a neighbor and their daughter who were in need. So along with her two friends, Katelyn Albritton and Aubri McClendon, the three set out to help.

“Megan saw a need for a family that lives near her, and she said ‘I can’t allow this. So, what can we do to fix this?’ That is what got the ball rolling, but God has made it bigger than anything we could have possibly imagined. With His grace and provision we’ve been able to do this,” McClendon said.

The three initially began just purchasing items, but then the popular TV show “Extreme Home Makeover” came to mind, and the friends decided to renovate the home as well.

They began requesting furniture and essential household items on social media, and soon began receiving donations from across the country. The three received so many donations that they began storing the items in a barn.

“We knew that the community would step up, but it has just been amazing. There have been some times where it’s actually been a little overwhelming,” Ruff said. “There’s an entire barn right now ,and when I say a barn I’m talking about like a 12-horse stable full of furniture just waiting to be moved in.”

The group had originally planned on just renovating the family’s daughter room, but through the community’s support they are now doing a makeover of the entire home, Ruff said.

“I went in with a vision of one bedroom and through donations we can now do the whole home. It will just give this family peace of mind, and give them things that they may not be able to afford as well as let them know that they are loved by their community,” Ruff said.

Although they are excited to have received so many donations, Ruff said there are still countless families that need help.

“Ultimately, there’s a great need for more than just this family. Our goal is not only to show the love of Jesus Christ and what He will do for people right here in their community, but to raise awareness that there are people that live next door to us who need help. So, let’s invest in these people and show them they are loved,” Ruff said.

As part of their commitment, the three have created a permanent program for this initiative at Cultivate Church called Outreach, which has enlisted hundreds of people into the service project. The group has helped renovate homes for needy families all over Shelby County.

During the March 25 tornadoes earlier this year, the group helped rebuild homes in Columbiana that were destroyed during the storms.

“Roofs were replaced and homes were rebuilt so it’s always been in our hearts to do this and not just us. We just reign in the cavalry and call them in,” Albritton said. “We would love to continue and we will. Our favorite word is ‘yes.’ If another family comes up, we’re going to answer the call because we love to help families.”

The three will conduct their next home renovation on Aug. 28, during which time they “takeover” a home for a solid day while the selected family enjoys an all-expense-paid trip to Alabama Adventure & Splash Adventure.

“It is about the special touches and the items you don’t even realize like a bathroom set, or trashcan or a toothbrush holder. That doesn’t mean a lot to most people but for somebody who doesn’t have it that’s special,” Albritton said.

Donations can be sent to either the shipping address: 151 Perkins Landing Road Columbiana, AL 35051 or by texting “HOPE” to 84321, which will send any monetary donations directly to Cultivate Church to be used for home renovations.