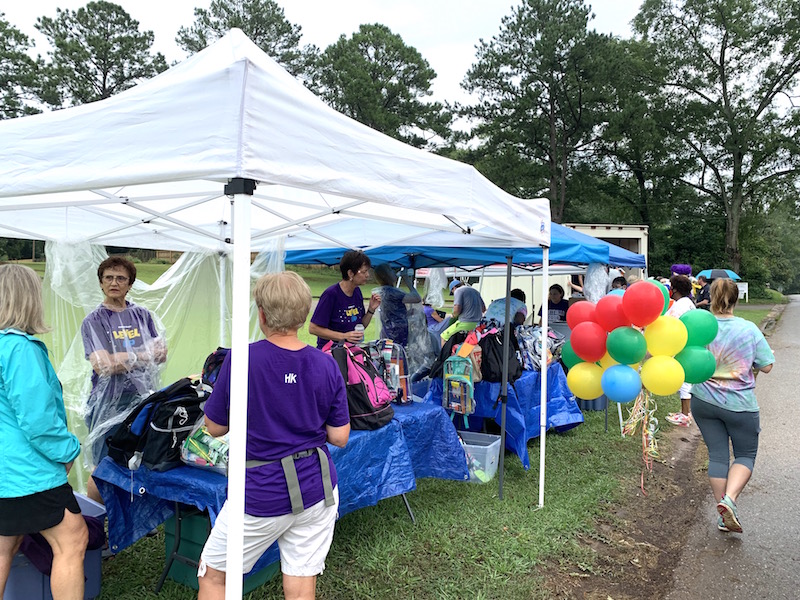 MONTEVALLO – More than 100 local children will start the school year knowing they have the supplies they need because of a nonprofit’s efforts.

Shelby Emergency Assistance spearheaded the first Back2School Drive-by Parade on Aug. 2 for students in need of backpacks and school supplies for the 2021-2022 year.

SEA has provided school supplies for children in the past, but the parade allowed staff members and volunteers to safely see some of the people they were serving in person.

“We have no proof that we even existed in 2020 because we were so careful,” SEA Director Amanda Fowler said. “We did everything over the phone in 2020.”

Backpacks filled with school supplies and other items donated by individuals, churches and organizations lined several tables, ready to be loaded into people’s vehicles as they arrived.

“We had 68 register, but we’ve had more people come that are unregistered,” Fowler said midway through the event. “It’s going really well.”

A total of 142 children in Shelby County received backpacks and school supplies.

In addition, 45 bags of food were distributed.

Local school mascots and cheerleaders added to the festive atmosphere of the parade, which took place along Shoshone Drive, near the SEA building’s driveway.

Fowler said the parade could become an annual event as long as nearby residents are on board.

“If they don’t mind, we’ll keep doing it,” Fowler said.

SEA’s mission is to help people in Shelby County move from crisis to self-sufficiency by fulfilling their basic needs.