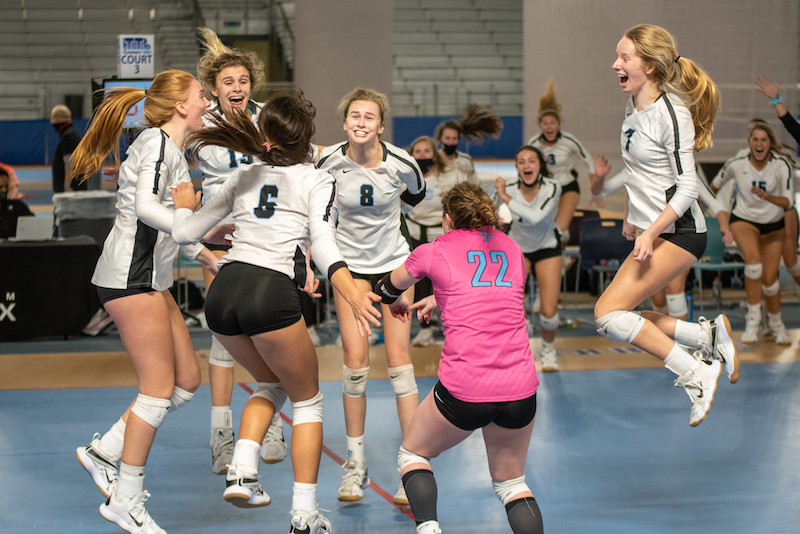 The Spain Park Jaguars will enter the 2021 volleyball season as the No. 1 team in Class 7A. (File)

The first volleyball rankings of the 2021 season are here, and Shelby County teams are already making their mark.

Spain Park took the top spot in Class 7A, while the Thompson Warriors came in at No. 2 in the rankings.

The Jaguars are coming off an appearance in the state championship match last year, where they lost to Hoover in straight sets 25-15, 25-15, 25-23. But that Hoover team was one of the best in the state’s history.

This year, however, the Jags seem to have one of the best returning casts in the state.

Led by Audrey Rothman, last year’s Player of the Year in Shelby County, Spain Park is a team that returns all but three seniors. Those seniors were talented, but some of the biggest stars are back, which makes the Jags a favorite to compete for this year’s state title.

Just behind at No. 2 is Thompson.

This year, head coach Judy Green may have an even more talented group, and it’s possibly the best team she has had heading into her seventh year.

Thompson will return three All-County players, all of who are leaders of the team, and will only lose three seniors from last year’s team.

Making it a clean sweep for local 7A teams, the Oak Mountain Eagles also earned a spot in the top 10 as the No. 8 team in the standings.

The Eagles missed out on the postseason last year, due to competing in the same area as both Hoover and Thompson, who were two of the four best teams in the state.

This year, however, they’ll return several top players, including All-Stars Jayni Thompson and Kathryn Smith in addition to several others ready to lead the team to the postseason.

In Class 6A, the Chelsea Hornets and Pelham Panthers both earned a spot inside the top 10 as well.

This year, they’ll enter the season No. 4 in the standings, but they not only lose key players from last year’s team, they also lose head coach Jessica Pickett.

That, along with being in the same area as No. 1 Homewood and No. 3 Mountain Brook, won’t make this season easy for Chelsea despite the top-five ranking to start the year.

Pelham, a traditional power in Class 6A, also earned a spot in the top 10.

The Panthers came in at No. 8 in the standings and will look to get redemption after coming up one win shy of the state tournament last year.

It wasn’t the ending they hoped for, but it was a team that replaced the majority of its talent from the year before.

Now, they’ll get 11 seniors back this season, which is nine more than the team had last year.

Pelham and head coach Perry Robinson hope that will be the extra push to get this year’s group back to the state tournament.

The Westminster at Oak Mountain Knights were the final team ranked heading into the season.

The Knights will look to bounce back from a 3-2 loss in the first round of Super Regionals last year.

A team that has made it to several state tournament appearances, Westminster enters the season as the No. 10 team in Class 1A and is hopeful this year marks a return to the state championship match.