Thompson primed for big season with top players back 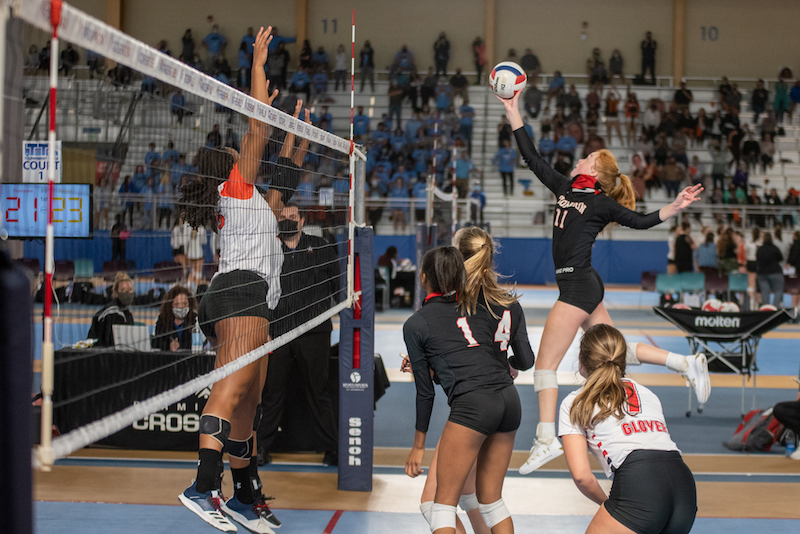 The Thompson Warriors will enter the 2021 volleyball season as the No. 2 team in Class 7A fresh off an appearance in the Final Four last year. (Reporter photo/Keith McCoy)

As Judy Green enters her seventh year at the helm of Thompson volleyball, one distinctive trait stands out for her program: consistent improvement.

Year after year, Green’s varsity teams have advanced to higher rounds of the postseason every year for the past several seasons.

Despite the pandemic, tragedy and injuries in 2020, the Warriors advanced to the Final Four last Fall in another huge step forward for the program.

Now, the veteran coach believes this could be her most complete team yet.

“I think, for sure, it’s the most athletic team that we’ve ever had here across the board,” Green said. “But you can’t win championships with just athletes. You have to have players that have a really good volleyball IQ, but you also have to have players who are skilled in their positions in order to have the complete packages. I believe we have that combination and probably the most promising thing I saw over the course of the summer was the development even with our oldest players.”

Thompson brings back several talented players including 2020 All-County selections Kaitlyn Grant, Caroline Canaday and Briana Wilson. Those three will be part of the team’s core leadership.

The Warriors lose outgoing seniors and first team All-County members Kelsey Tangle and Brynleigh Glover along with middle hitter Sophie Bearden. All three have now moved on to collegiate athletics, making them difficult to replace.

“I think we have collective leadership,” Green said of this year’s team. “Our seniors have bought into the fact that they are the ones who should be modeling the behaviors that we expect, as coaches, for our program. Really and truly, they are the ones who are responsible for continuing the culture we’ve worked so hard to build here.”

The offseason theme that will continue into the fall will be “sweeping the sheds,” meaning no one is too good to sweep a shed if needed. Seeing her players pick up the mantle was an encouragement to Green and it translated to the court, as the Warriors didn’t shy away from an arduous summer schedule.

As the new team took shape, another reassuring sign was the connections that were being formed within the players.

“They all have really good chemistry with each other,” Green said. “A word that came out of our last power league night, I heard the word trust come out of our players mouths. Like, wow I really trust y’all. So how strong can we make that trust bond be?”

The talent and leadership is there for this team, but the Warriors also have a great deal of depth built up after seven years of Green as the volleyball program director. Still, she knows even all of that isn’t enough if Thompson doesn’t continue to put in the work.

“I think that everybody has a very specific role for our team, and I think it’s our job as coaches to help them understand what that role is,” Green said. “Every kid on the team wants to help the team be successful, the team is the priority for this group of people. I think that they know each one of them brings something to the table and it’s just a matter of them earning the opportunity to play. They do that by working their tails off at practice.”

Green and the Warriors look poised to take the next step for the program and seize the Area 5 crown in 2021.