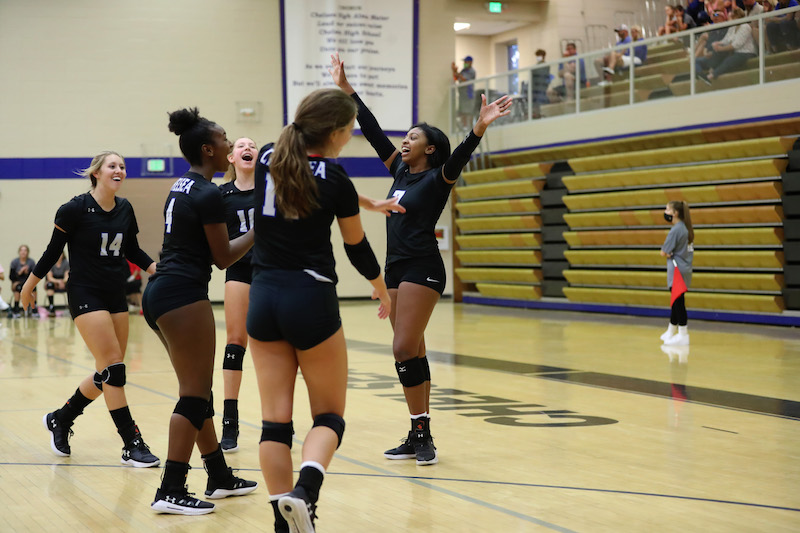 The Chelsea Hornets are the lowest ranked of three top-four volleyball teams in their area entering the season, but they’re embracing the underdog role. (File)

Competing in the same area as defending state champ Mountain Brook and state tournament team Homewood, the Chelsea Hornets enter the 2021 volleyball as underdogs in Class 6A, Area 9.

The Hornets are ranked fourth in the state, but sit behind both the Spartans (No. 3) and Patriots (No. 1) to open the season.

That puts three teams from the same area inside the top four of the standings with only two able to advance out of the area and into regionals.

“Our area is really tough,” said head coach Jamie Gill. “I think we have hands down the toughest area in Class 6A, but we have a lot of potential. I was talking to Homewood coach the other day, and she said ‘I wouldn’t call any game an upset in our area.’ We are all right there near the top.”

In addition to the difficult area, Gill also adds another dimension of interest to this year’s team thanks to her return as the head coach.

With the departure of Jessica Pickett to an administration role at the high school after serving seven seasons as the team’s head coach, Gill returns for her second stint leading the Hornets.

“Our first practice was June 14,” she said. “I knew I was the coach about a week before that.”

But she has the experience leading the Hornets previously and isn’t shying away from keeping them from contending for a championship.

Losing a difficult five-setter to Homewood in the area tournament last year to come up short of a spot in regionals, and to then watch both the Patriots and Mountain Brook advance to the state tournament; Chelsea and Gill are out to prove a point this season.

Having six seniors back on this year’s team will definitely help that cause.

“The majority of our starters come from our seniors,” Gill said. “They play big roles, and we are looking for them to help lead us into this year with experience.”

Anna Sartin will be one of the team’s leaders going into the season as a senior libero, and she said she doesn’t feel any added pressure.

“We just want to be the best senior class we can be and just encourage everybody,” she said. “We started the summer with our 7 a.m. workouts. We started bright and early, but that helped us build our team bond. Our expectation is to get out of area this year, so we’ve set smaller goals to help us accomplish that big goal.”

With the motto “We over me,” the Hornets have bought in as a team and hope to work together to get past last year’s heartbreaking end to the season.

“I don’t think it will be hard to be a senior this year,” middle hitter Ashley Washington said. “The seniors in the past set the boundary for us, so now, we are motivated to push it even farther.”

Morgan Martin, a senior setter, has been starting for two years and said the continued growth of the team bond is what makes this year’s team different.

“I’ve played with these girls for so long,” she said. “I’m just working with them to help us do the best I can. It’s going to be a fun year alongside each of them.”

Each of the seniors will play an important role this season, but junior Emma Pohlmann will be key to the success of the team as an outside hitter.

Throughout the summer, those players and many others have taken on some of the top teams in the state and have quickly become considered one of the underrated teams heading into the season because of the talent they displayed.

The difficult area will be a tough obstacle to overcome, but Chelsea feels as good as any team going into the season.