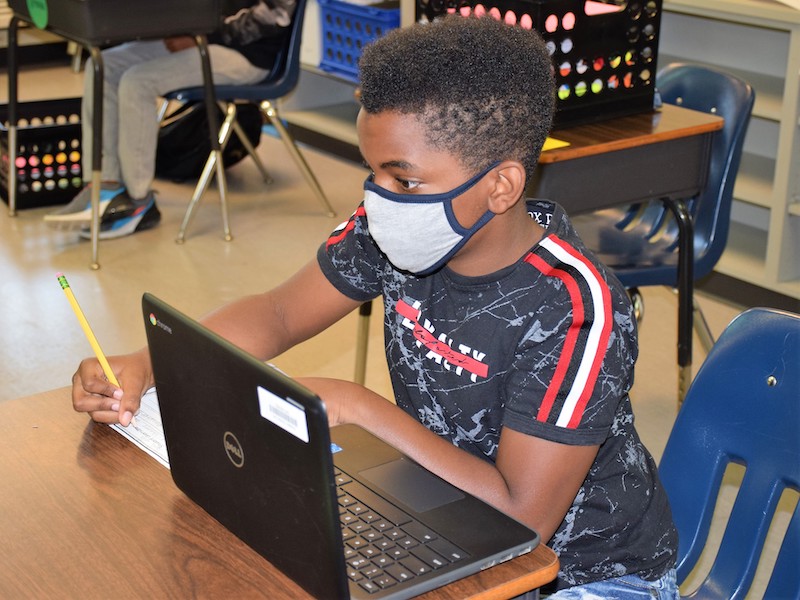 Many area pediatricians have signed a petition urging schools in Shelby County to require students to wear masks. (File)

Dozens of pediatricians in both Shelby and Jefferson counties have joined together to petition for a school mask mandate as thousands of students prepare to return to in-person classes this week for the first time in over a year.

Shelby County Schools’ fall academic semester is set to begin on Thursday, Aug. 12, but over 30 area pediatricians are currently urging the school district and school boards across the state to adopt last-minute mask mandates before classes begin.

Dr. David Kimberlin, the co-director of UAB and Children’s of Alabama’s Division of Pediatric Infectious Diseases, said the petition is in response to the emergence of the highly contagious COVID-19 delta variant, which is currently spreading rapidly throughout the state.

“The best practice undoubtedly is to have mandatory masking in schools. All pediatricians in North Central Alabama have signed on to a letter advocating this, and I really beg those school districts that have not yet required mandatory masking, I beg them to listen to the uniformity of voice here,” he said.

According to Kimberlin, much of the need for a school mask mandate stems from the surge of both cases and hospitalizations from the delta variant, especially among children.

“The delta variant is spreading not only among adults now but among children too. It is widely and rapidly spreading among children, and it’s filling up our hospitals,” he said. “We are seeing more children and pediatric patients that are being admitted to hospitals than we saw last year.”

Roughly 90 percent of hospital cases in Alabama are currently from the COVID-19 delta variant and more cases are expected in the coming weeks, Kimberlin said.

“I have a fear right now of what lies ahead. This is not the same virus and the way it’s behaving that we got used to last year, this is even worse,” he said. “That’s the reason we need to be getting the word out to people that they need to mask indoors and they need to get vaccinated if they’re 12 years of age and older.”

Many schools are preparing for the pending surge, with the SCS reopening plan including virtual instruction options as well as a staggered start schedule. Although those approaches are helpful, Kimberlin said research indicates mask mandates are the most effective strategy in preventing widespread infections among students.

“We know that masking and social distancing decrease transmission. We know that vaccines absolutely decrease severe disease and the likelihood of getting infected in the first place, even with this delta variant,” he said. “We know how to protect children. We did it last year even before we had the vaccine.”

Even with a school mask mandate, Kimberlin said COVID-19 infections are still extremely likely due to the delta variant’s contagious nature, and therefore he is also recommending children over the age of 12 get vaccinated.

Kimberlin added that vaccinations will become increasingly vital over the next several months as current public health projections anticipate the delta variant surge will be even worse than the winter spike that occurred earlier this year.

However, only 37 percent of Shelby County residents are fully vaccinated according to the Alabama Department of Public Health.

“We’re already starting out in a place that is arguably as bad as it was in January and February right now, and we’re going to end up in a place that we have simply not seen before with a virus that is so transmissible,” he said.

Ultimately, Kimberlin said he supports in-person learning as evidence suggests it is the most effective teaching approach for students, but wants to ensure that the approach is rooted in a scientific and medical basis.

“It doesn’t do us very much good to launch into a school year only to have to stop in-person learning because the virus is running crazy throughout our schools. It is better to be thoughtful in the way we approach it to try to keep children in school once we get them in school,” he said

Among the pediatricians that have joined the petition thus far are: