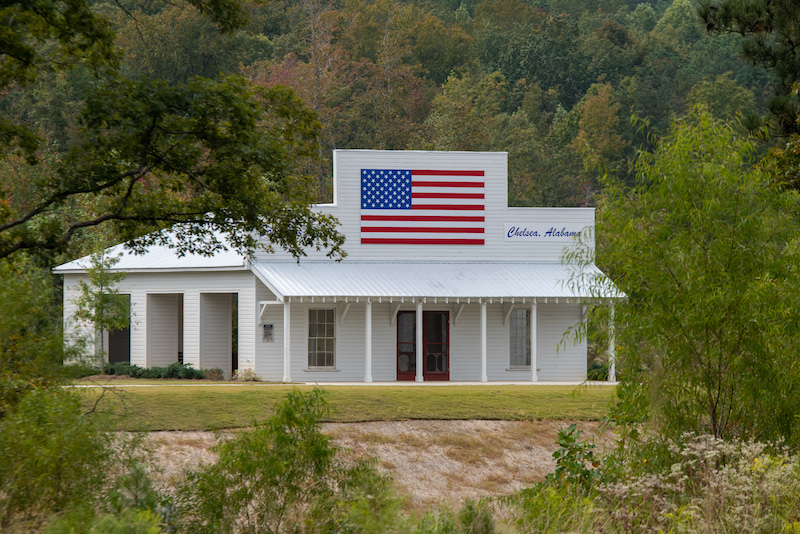 The city of Chelsea had the greatest percentage increase among population from the 2010 Census to the 2020 Census. (Reporter photo/Keith McCoy)

The 2020 Census results for cities with populations greater than 5,000, and several in Shelby County made drastic leaps from the 2010 Census.

In particular, Calera and Chelsea took two of the biggest percentage changes among cities in the state, while Helena, Hoover, Alabaster, Pelham and Montevallo all had increases as well.

Chelsea tied for the second-largest percentage growth with a 47-percent increase over the last 10 years thanks to the population growing from 10,183-14,982.

That’s a total increase of 4,799 new residents and a percentage increase of 47 percent, which tied with Fairhope for second in the state, while Gulf Shores had the largest increase at 54 percent.

Calera actually grew slightly more from a population standpoint, going from 11,620 to 16,494 for an increase of 4,874 new residents. That’s a percentage increase of 42, which was fifth behind Auburn’s 43-percent increase.

Those numbers gave Chelsea and Calera two of the top five largest percentage jumps among cities in the state.

With 30,352 residents in 2010, the city’s population grew to 33,284 following the 2020 Census for an increase of 2,932. The percentage increase of 10 percent was the lowest of the county’s major cities, but that is largely due to its size as the largest in the county.

Helena actually had the next highest percentage increase behind Calera and Chelsea, jumping 25 percent over the 10-year span.

The city’s population grew from 16,793 to 20,914 for an increase of 4,121 new residents. That makes Helena the third largest city in Shelby County behind Alabaster and Pelham.

Hoover, which splits between Shelby County and Jefferson County, had the largest increase of any local city, going from a population of 81,619 to 92,606.

That’s an increase of 10,987 people, but a large portion of the population lives in Jefferson County.

A large portion of the county also lives in unincorporated areas such as Brook Highland, Highland Lakes and Meadowbrook. Those areas actually make up 22,333 residents following the latest Census numbers

Brook Highland also grew from 6,746 to 7,406 residents, while the Highland Lakes community grew the largest thanks to an increase of 1,313 in its population. That marks a 33-percent increase since 2010.