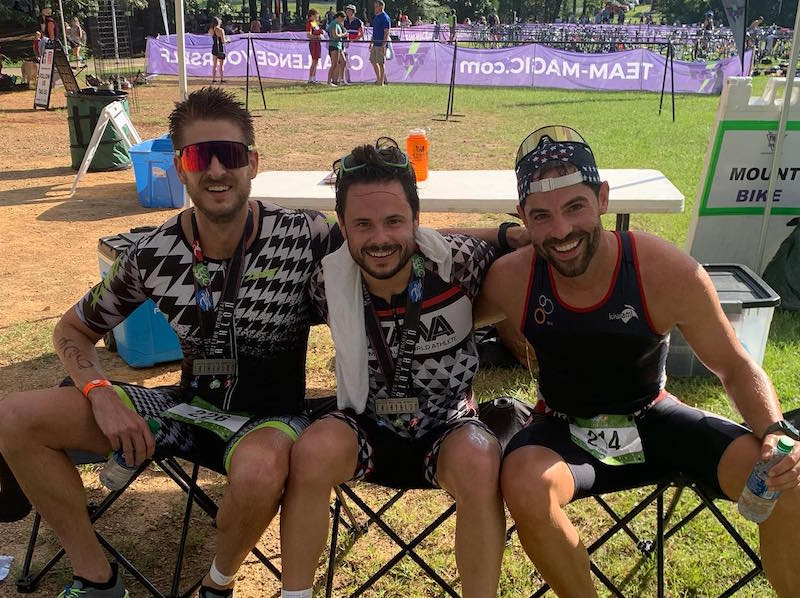 The Buster Britton Memorial Triathlon returned to the park for the 35th consecutive version of the event to honor the legacy of Buster Britton, who is one of the area’s original triathletes.

Britton unfortunately died while participating in a fun run shortly after completing the Hawaii Ironman.

Team Magic hosts the triathlon each year as a way of honoring his memory.

“Our research shows it is the longest consecutively held triathlon in the country,” said Faye Yates, the director and owner of Team Magic. “2021 was the 36th year at Oak Mountain State Park. We were able to hold the event under COVID-19 safety protocols in 2020, when most events across the country, and the world, were canceled. The sport is only 44 years old.”

Hayes said racers of all abilities were able to attend, while there was even a blind racer who participated with a guide.

“They were tethered for the swim, rode a tandem bicycle and tethered for the run,” she said. “It was spectacular to see that team work at our event. Another interesting note, of the 390 registered racers, 223 were doing this race for the first time and 83 of the racers were doing their first triathlon ever.”

The triathlon returned this year, following its successful run during 2020 despite the pandemic. Hayes said while the triathlon was held during 2020, it was under very different conditions.

“This was one of two races we held. The race was limited to the number of racers we could have on site while maintaining social distancing,” he said. “The race ended up selling out at our defined maximum of 370 racers. This year, we had 390 racers, which was up from the 2019 total of 269 racers.”

Hayes added that the support from the Shelby County community meant everything.

“For a community to host a healthy, positive life experience like this means so much, in my opinion,” he said. “Oak Mountain State Park is such a gift to Shelby County, as it makes it possible for the county to play host to events like ours, and so many more. In turn, Shelby County is a gift to Oak Mountain State Park. They are a wonderful partnership. For example, our event took place on an activity field using a beautiful pavilion and restrooms, all made possible by Shelby County Tourism and Sport Development. The city of Pelham is also super supportive with police and fire and rescue onsite to make sure things go off as safely as possible, and they were available should there have been any type of emergency.