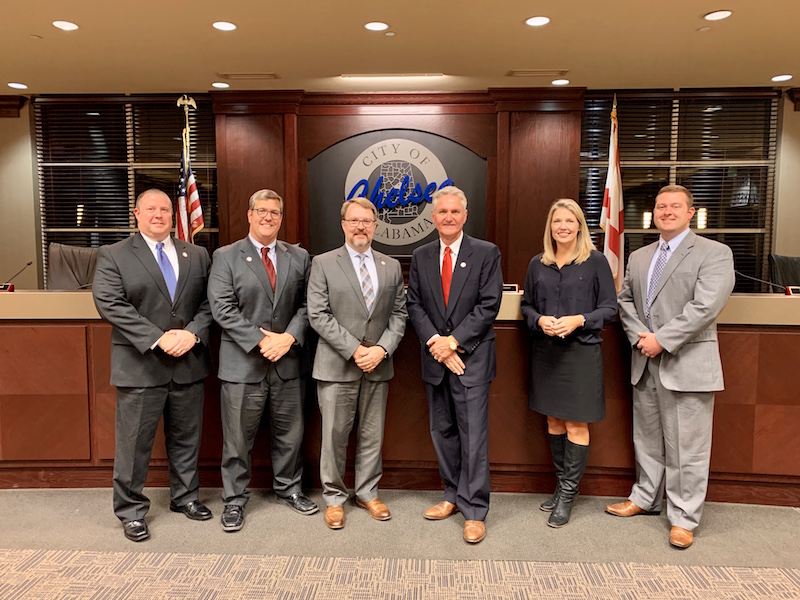 CHELSEA – The Chelsea City Council on Aug. 17 voted in favor of the city participating in an economic development program beginning this fall.

“This is a new program being offered by the Alabama League of Municipalities,” Mayor Tony Picklesimer said of the ALM’s Economic Development Academy. “It will be highly focused around the use of American Rescue funds. It requires a mayor and two council members be involved to enroll the city, but fortunately, we have five of us that have committed to spend the time to go to this academy and try to do a better job in economic development in our city.”

Launched this year, the program is designed to educate and engage municipal officials on the essential elements and phases of economic development while highlighting their vital role in economic initiatives and projects within their communities, according to Almonline.org.

“It takes municipal officials and runs them through a year-long program,” Councilmember Chris Grace said during a previous pre-council meeting. “There are all kinds of resources statewide that can help us when it comes to economic development. I think it would serve our city well and better inform us of the tools at our disposal.”

The cost to participate is $2,500 per community. Participants will attend an orientation meeting, four one-day sessions and graduation.

The Council also approved several ordinances related to the annexation of several properties in the Forest Lakes neighborhood.

“In just a routine peruse of the GIS system, we found that some of the homes in the Forest Lakes subdivision somehow did not get annexed in the original mass annexation,” Picklesimer said. “So, we have sent letters to all of those property owners to notify them that their property is not in the city limits of Chelsea, and we have had about half of the people respond back to us. If you have a friend that lives in Forest Lakes, it would be a good question to ask them. We sure would like to be 100 percent in that subdivision.”