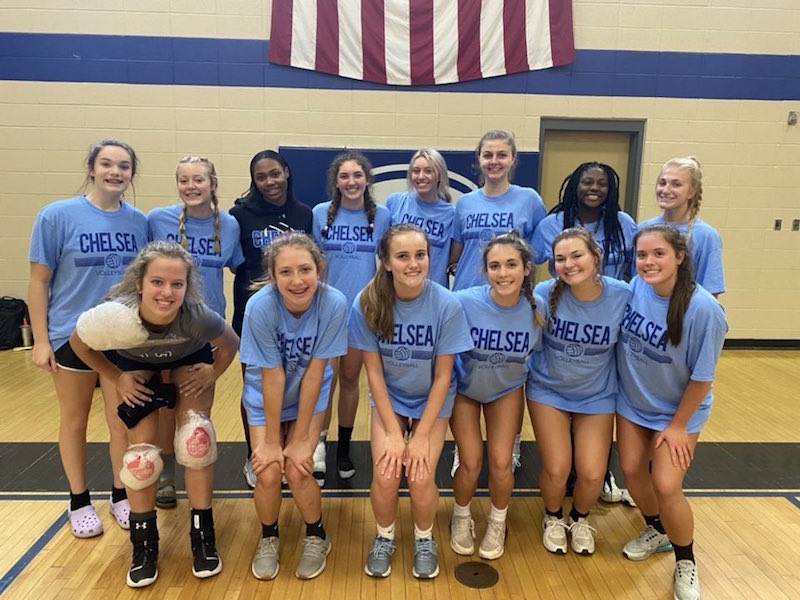 The Chelsea Hornets are off to a strong start this year with four wins in a row, dropping just one set in so far. (Contributed)

CHELSEA – The Chelsea volleyball team continued to impress early in the season on Saturday, Aug. 21 with three consecutive sweeps on their home floor.

Two days after beating Vestavia Hills 3-1 in a thriller to kick off the season, the Hornets came back on Saturday and took down Benjamin Russell, Hueytown and Pell City all in straight sets to improve to 4-0.

A top-10 team entering the season, the Hornets are living up to the hype after the strong start

No. 4 in the Class 6A standings, Chelsea got off to a strong start in their three-match tournament on Saturday by sweeping Benjamin Russell 25-11, 25-11.

The 14-point win in each set gave the Hornets some confidence early in the day with a quick 2-0 win.

That was followed by another easy sweep of Hueytown to win two matches in a row by scores of 2-0 and win seven of their first eight sets on the season.

Chelsea had one final match on Saturday looking to remain perfect on the season, and the Hornets had no problem in a sweep of Pell City.

They put together a third consecutive straight-set victory to complete a 3-0 day, while improving to 4-0 overall on the season, dropping just one set to Vestavia.

Chelsea was led by Emma Pohlman during the week with 37 kills and 30 digs, while Anna Sartin’s 50 digs were a team-high as well. Pholman also had 10 aces, while Lauren Buchanan matched that total, while adding 18 kills and 17 digs.

Sartin also added nine aces to her stat line, while picking up eight assists in a balanced effort for the Hornets.