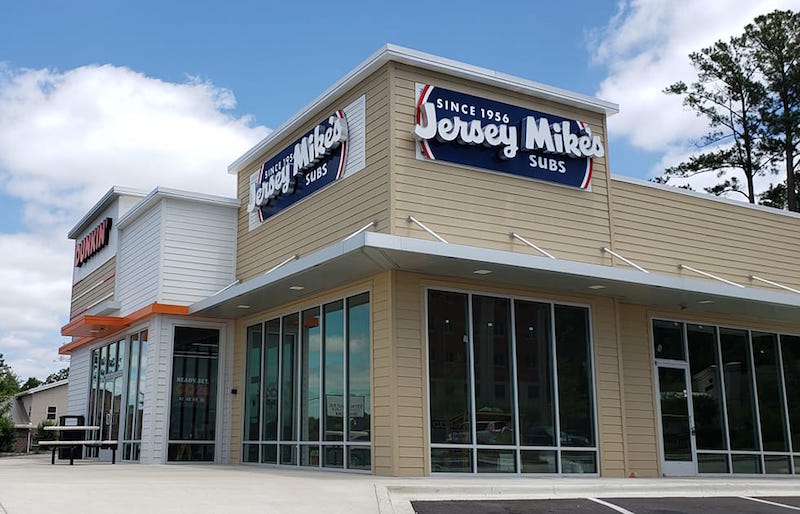 Alabaster’s Jersey Mike’s location is set to open this October and will mark the first location in Shelby County. (File)

The Crowells opened their first Jersey Mike’s location in Tallahassee, Florida in 2010, and they now operate 40 of the company’s locations in Florida, Georgia and Alabama.

Despite the woes of the coronavirus pandemic, Jersey Mike’s has rapidly expanded throughout 2020, opening 210 new locations, up 12 percent from 2019.

Now, in 2021, the company appears ready to expand into Shelby County thanks to the Crowells.

Jersey Mike’s Subs first opened as a storefront location in the seaside town of Point Pleasant, N.J. in 1956. At the time, it offered quality submarine sandwiches, which were a new concept at the time.

Because of its location on the Jersey Shore, it grew quickly in popularity among the thousands of surf and sun seekers from New York to Philadelphia to Washington, D.C.

By the early 1970s, Jersey Mike’s Subs was a thriving landmark, famous for its lively and friendly service and its fresh, quality sub sandwiches.

Since opening 65 years ago, the company is now nationally-recognized with more than 2,500 locations open or under development across the United States.

The deli has become especially popular for its authenticity with a large focus on fresh ingredients.

The company also only uses premium meats and cheeses sliced on the spot and piled high on delectable bread that is baked fresh in the restaurants throughout the day.

The company currently has three other restaurant locations in Birmingham, including in Hoover, Vestavia Hills and Mountain Brook.

The upcoming Alabaster restaurant will mark the company’s fourth store location in in the Birmingham-metro area. The location will be located next to the city’s newly-opened Dunkin’.