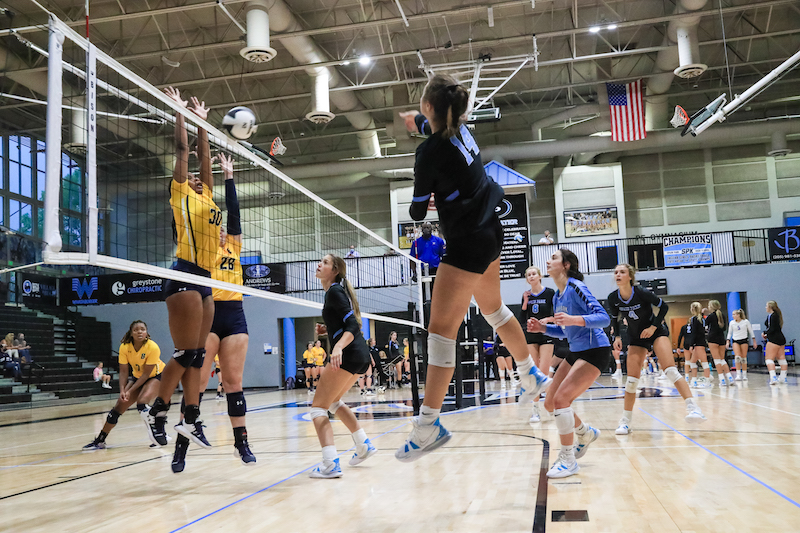 Spain Park’s volleyball team continued a torrid start to the season on Tuesday, Aug. 24 thanks to a sweep of Gadsden City in an area battle. (For the Reporter/Dawn Harrison)

HOOVER – The perfect streak continued for the Spain Park Jaguars in their area opener on Tuesday, Aug. 24.

Carrying a perfect 10-0 record into the matchup with the Gadsden City Titans, the Jags not only continued that streak to 11-0, but have still yet to drop a set this season after another sweep.

With the straight-set victory, the Jaguars have now won their first 23 sets of the season, and the area-opening win marked the first three-set win of the season.

And it was another dominant showing from start to finish.

Coming off a perfect weekend in which the Jags won eight consecutive matches against some of the best teams in the state to win the Juanita Boddie championship, they had plenty of confidence.

That showed in the opening set with a dominant 25-7 win against the Titans for a quick 1-0 advantage.

The scary part is that ended up being the closest set of the matchup.

Spain Park went on to win the second set by a remarkable score of 25-2 and then won the third set 25-3 to complete the straight-set victory. The Jags gave up five combined points in the final two sets and 12 total for the match in a dominant win to kick off area play.

With star senior Audrey Rothman out for the game, Brooke Gober stepped up as the team leader in kills with nine. That was part of an impressive night for the senior, who also totaled three aces and three digs.

McKinney Shea was key at the service line with seven aces in 17 attempts for the Jags, while Haley Thompson added five aces and Myers three aces. Dawson and Gilbert each had two to cap off a strong night serving.