Pelham downs Calera for 5th win in a row 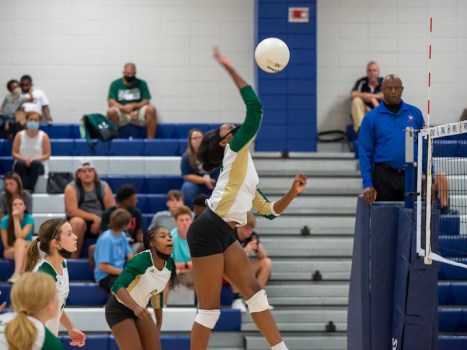 The Pelham Panthers won their fifth match in a row on Aug. 24 thanks to a 3-1 victory against county foe Calera. (For the Reporter/Larry Dancy) 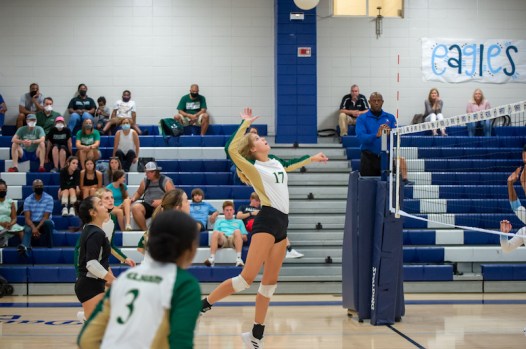 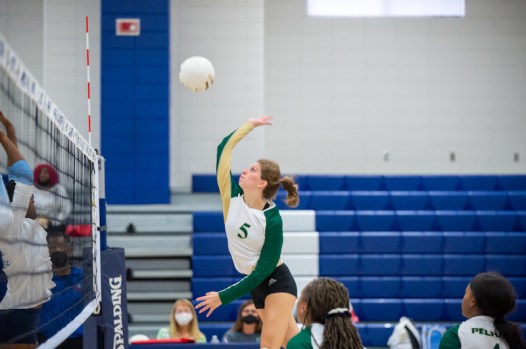 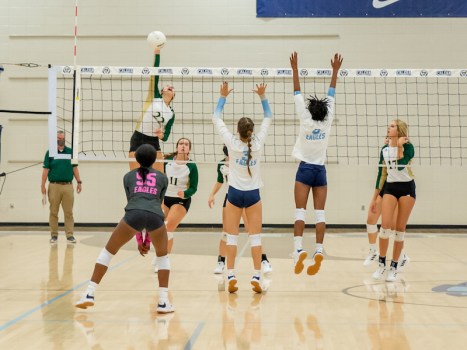 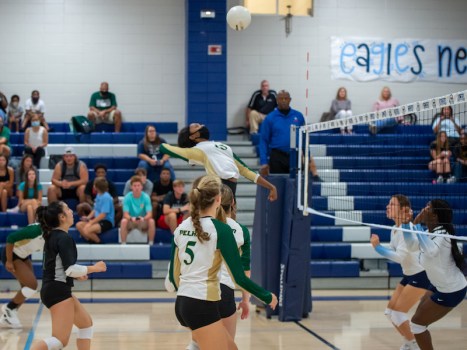 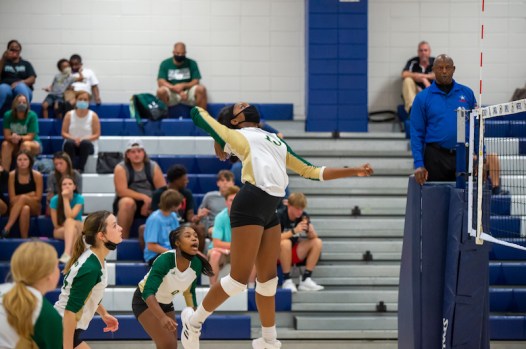 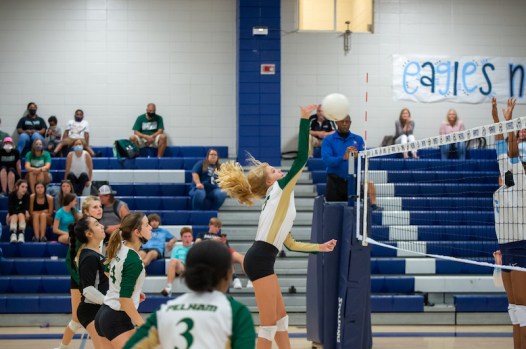 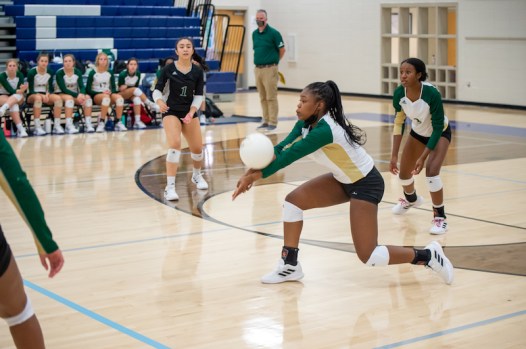 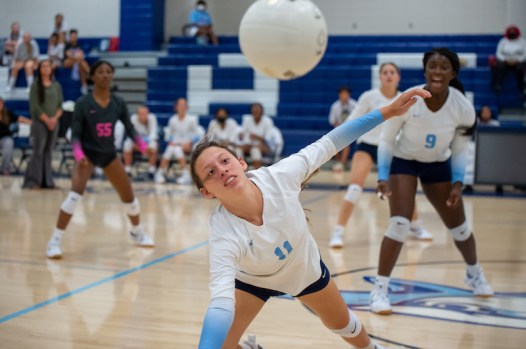 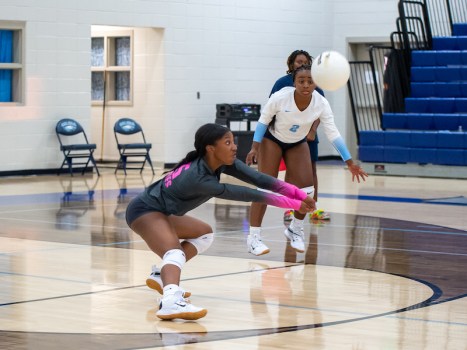 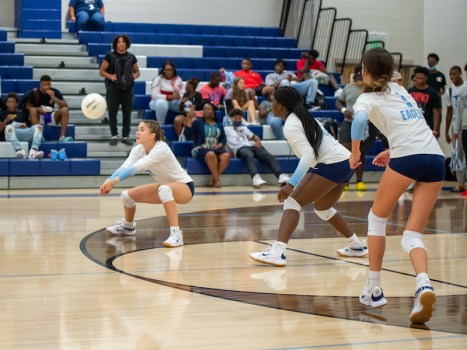 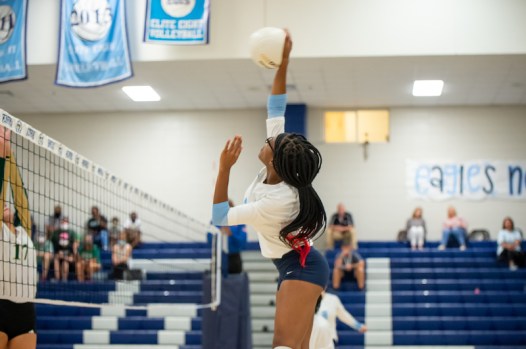 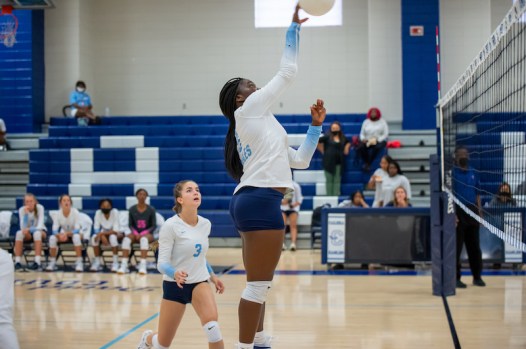 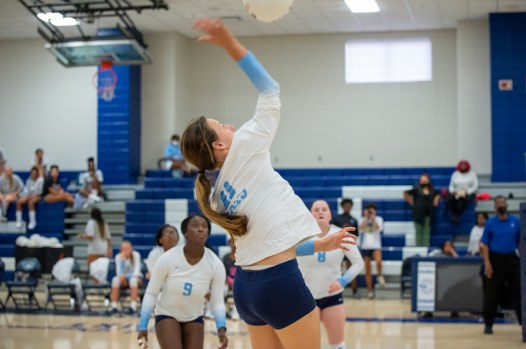 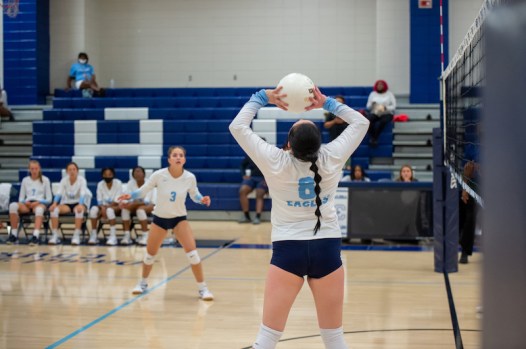 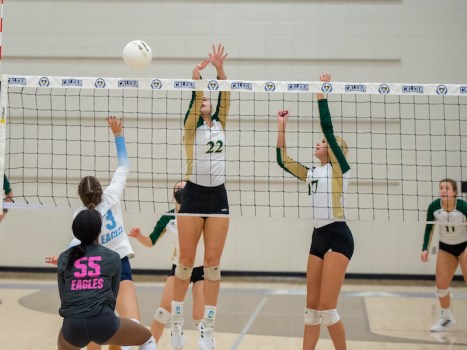 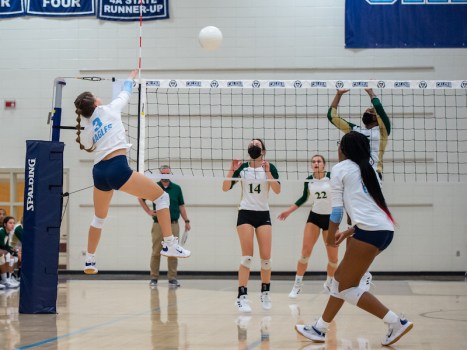 CALERA – The Pelham Panthers started their region schedule off the right way by winning their fifth match in a row Wednesday, Aug. 24 when they visited county foe Calera for the first time this season.

“It’s nice to come on the road and win an area match, those are big,” Robinson said. “I’m proud that we got a lot of players in, did some good things and now we have plenty to work on tomorrow.”

Pelham (7-2, 1-0) had a good start building a big 18-10 lead on the back of a great night from Elizabeth Hayhurst, who recorded a season-high 16 kills in the match. From there, the Panthers went on to close out a 25-13 opening set.

Tammy Melendez also had a season-high four aces and back-to-back aces in the first set to expand the lead.

The second set saw Pelham build another solid lead midway through, eventually jumping on top 16-9. But Calera fed off the home crowd and closed the deficit to 23-19.

However, late in the set, senior middle hitter Courtney Profitt took over nailing three of her eight kills to ensure the Panthers took a 2-0 set lead.

A different Calera team emerged from the break scoring the first six points including back-to-back aces from Emma Harrison.

Pelham slowly closed the lead over the next few minutes and got as close as 14-13 midway through, but Calera wouldn’t let the set go.

Adriana Moody had a big set with three kills and an ace, as the Eagles slowly pulled away for the 25-21 win.

Pelham came out firing in the next set, however, leaving now doubt and building an early 12-3 lead.

Calera managed a 6-3 run, but Hayhurst and Profitt once again dominated at the net, as the Eagles never drew closer than seven the rest of the match.

“Elizabeth’s growth as a player, she’s really hitting those balls to the court, and if you take one thing away, she’s just going to hit it somewhere else,” Robinson said. “Courtney has been growing for four years, and this year, she’s ready to play. It’s been fun to watch her, and every time she’s come on the court, she’s taking no prisoners.”

Freshman Camryn McMinn also looked promising in the middle by adding a season-high seven kills and an ace.

Senior Shay Walsh tied a season-high with 29 assists and 10 digs.