Vincent now 2-0 after win at Billingsley 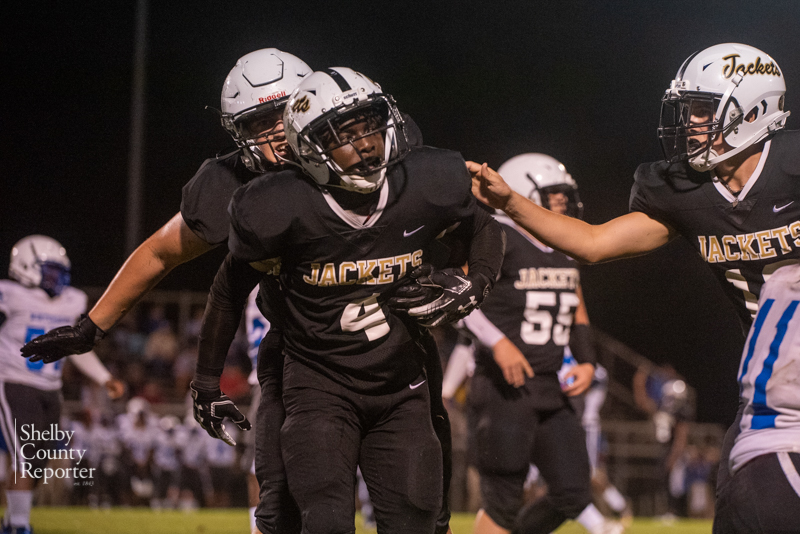 Vincent hit the road on Friday, Aug. 27 and walked away with a dominant victory against Billingsley to improve to 2-0 after last week's forfeit win. (File)

BILLINGSLEY — Vincent opened its road schedule Aug. 27 with a 40-6 win at Billingsley.

“The thing we wanted to do tonight was execute better on all sides of our offense. Tonight we were able to execute a little bit better in our passing game and had a lot of big runs,” said Vincent head coach Lucas Weatherford. “Once we got our foot on their throat we finished it, which hasn’t happened around here a whole lot.”

Jamarey Laswson led the Yellow Jackets with 158 yards rushing and two touchdowns, and had one receiving touchdown on a 24-yard pass from Blake Allums to give Vincent a 6-0 lead to start the game.

Tray Youngblood, who had 84 yards receiving, scored his first touchdown with a 12 yard pass from Youngblood, and then caught a 2-point pass to make it 14-0.

Billingsly scored its only touchdown late in the first quarter and missed the extra point.

Lawson, Youngblood and Allums combined for 20 points in the second quarter to stretch Vincent’s lead to 34-6 at the half. Lawson opened the quarter with an 84-yard touchdown run, followed by a 38-yard Youngblood TD catch and Youngblood 2-point pass to Allums to make it 28-6. Allums also threw a 34-yard TD to Youngblood.

In the second half, Lawson added a 25-yard touchdown run to cap the scoring in the third quarter. Weatherford was able to work in more than five minutes of playing time for his substitutes.

Tonight was a dominating effort by our defense. The last two weeks our defense has played lights out,” Weatherford said. “Easton Fields dominated the line of scrimmage and was unblockable up front. He had several sacks, tackles for loss and fourth down stops. Zach Wright and Allums each had interceptions.”

Vincent improves to 2-0 with the win after its 18-16 loss was forfeited by Winterboro earlier this week. The Yellow Jackets travel to Ranburne to open Class 2A, Region 4 play Sept. 3.