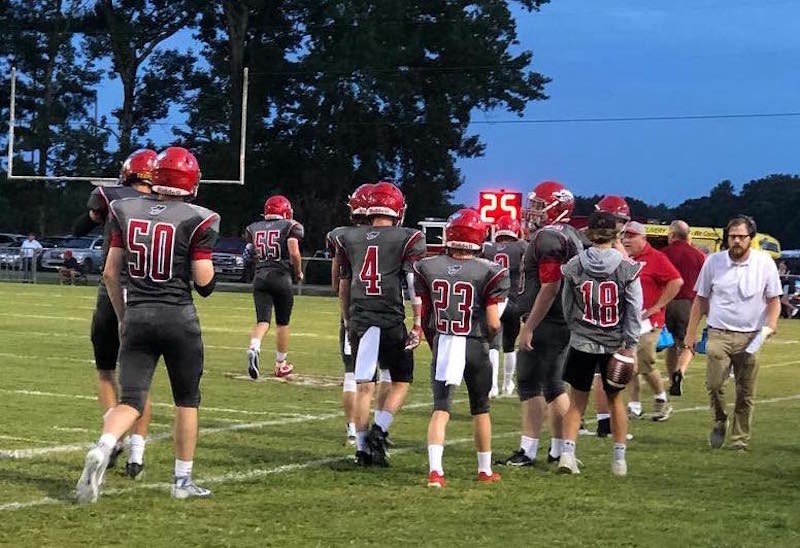 HARPERSVILLE – The Vince DiLorenzo era officially returned to Coosa Valley on Friday night, Aug. 27, when the Rebels took the field for the 2021 season-opener against Pickens Academy.

The Rebels were forced to wait an extra week to suit up after forfeiting their opener due to COVID-19, but they finally got to hit the field a week later, and the excitement showed early.

Coosa Valley struck first in the opening quarter with a touchdown pass from Ray Albright to Konner Steele for a 7-0 lead.

That advantage held up for quite a while, as the Rebels led 7-0 going into the second quarter.

Pickens, however, found a slim opening for points in the second quarter and finally got on the board to even the score going into the half.

At that point, it looked to be a tight game between the two heading into the second half, but Pickens made the necessary adjustments and came out with a spirited effort.

The Pirates scored two touchdowns and continued what became a streak of 35 unanswered points to eventually gain a 35-7 lead.

Coosa Valley found one more score in the final quarter on a touchdown pass from Canaan Johnson to Hunter Hill to create the final score of 35-14.

While the game didn’t end the way the Rebels had hoped after a promising start, it was a drastic improvement from last year’s 55-0 loss.

Briarwood scores 28 unanswered in 2nd half to pull…