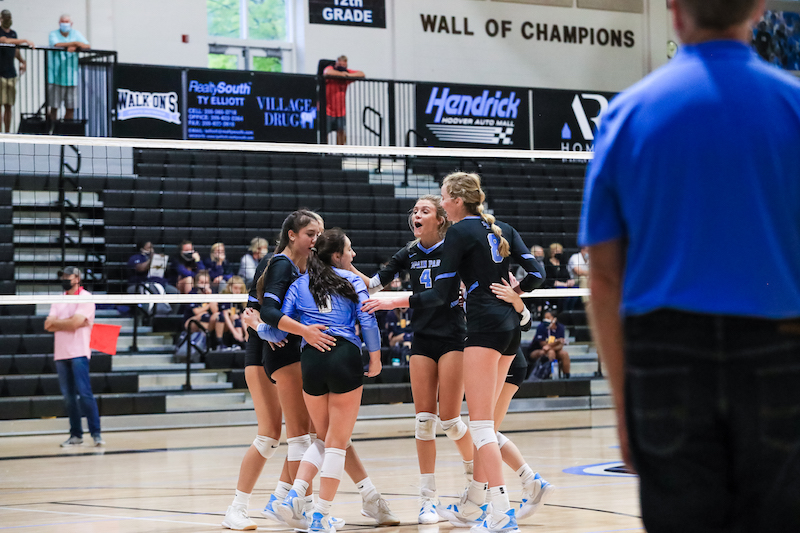 The Spain Park volleyball team is ranked 11th nationally after a 13-0 start to the season without dropping a set. (For the Reporter/Dawn Harrison)

HOOVER – The perfect start to the 2021 volleyball season continued for the Spain Park Jaguars on Thursday, Aug. 26, and now they’re starting to get national attention because of it.

Now 13-0 after sweeping a tri-match with Homewood and Sparkman on Aug. 26, the Jags have been ranked No. 11 in the country in the 2021 AVCA/USA Today rankings.

The reason for the high praise is not just because of the wins but the success they have shown in each set. So far, Spain Park has yet to drop a set in any match this season, winning 27 consecutive to open up this year’s schedule.

Entering the season as the No. 1 team in the state after finishing runner-up to Hoover last year, the Jaguars have quickly proven they’re more than just the leader of the pack in Alabama, but also one of the best nationwide.

Early in the season, the Jaguars have not only beaten some elite talent but also won the Juanita Boddie tournament, which is one of the top tournaments in the southeast to kick off the season each year.

Most recently, they beat Homewood and Sparkman in two more monumental wins.

The Patriots, who are No. 1 in Class 6A, got off to a strong undefeated start themselves at 6-0, but Spain Park was able to pick up a sweep to kick off the tri-match thanks to back-to-back set wins of 25-22.

That gave the Jags one of the biggest wins of the season thus far, but it was just the beginning as they followed with a sweep of Class 7A No. 4 Sparkman.

The match against the Senators, however, was also a tight one, but Spain Park found a way to make the necessary late plays to pull out each set. In the opening set, the Jags picked up big points late for a 25-22 win, while the second set saw them edge the Senators 26-24 for another sweep to their record.

It capped off a week in which the Jaguars also took down Gadsden City for their first area win of the season.

During the three matches between Tuesday and Thursday, Emily Breazeale led the way with 26 kills and 13 digs, while she also added three blocks.

Cornerstone falls to 1-1 with loss at Banks