Celebrating the arts and so much more 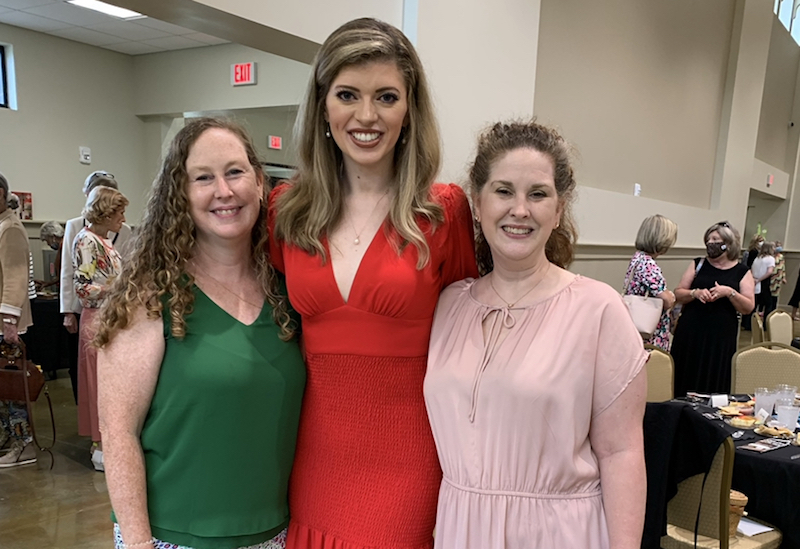 “I love all 808 square miles of Shelby County. I wouldn’t want to be anywhere else.” These were the words of Shelby County Arts Council Executive Director Bruce Andrews as he thanked the patrons and supporters who attended the annual Celebration of the Arts fundraiser luncheon on Aug. 21.

Andrews hailed the importance of the arts when it comes to giving communities hope, and how that hope played into the ongoing programming and events at SCAC as they strive to influence a creative vision for Shelby County.

The luncheon typically happens earlier each year, but the federated ladies clubs of Columbiana, which make the fundraiser happen each year, gracefully pivoted with their plans when it became necessary to work around coronavirus concerns.

Though a little later than usual, the show did go on, and what a show it was. After local Boy Scouts opened the program by bringing in the colors and leading the pledge,  Miss University of Alabama Isabella Powell led the afternoon’s event by singing “God Bless America,” closing out the song with audience participation.

Event emcee Judge Lara Alvis shared personal stories of what the Shelby County Arts Council has meant to her over the years, how the building has been used for far more than just the arts and how important it is to the community.

The main entertainment this year was the cabaret-style duo known as The Hot Tamales. Well-known local singers and actresses Jan D. Hunter and Kristi Tingle Higginbotham wowed the audience with their opening rendition of “Side by Side” and their lineup of songs from local shows they’ve performed in as well as well-known Broadway anthems. They closed with an inspiring version of “Happy Days are Here Again” that left the crowd feeling happy and hopeful.

Aside from ticket sales to attend the luncheon, which was a southwestern fare provided by local restaurant The Fish Market, funds were also raised through a pottery sale, silent auction and the raffling off of a beautiful handmade quilt. Members of the ladies clubs also made homemade cheesecakes that were sold too.

The Vignette, Culture and Novella clubs are the three local federated women’s clubs of Columbiana that host the luncheon each year. The Vignettes took their turn as the main hosts this year, while the Culture and Novellas provided them with service support leading up to the actual luncheon.

For Jodie Tallie, a longtime Vignette member, this year’s luncheon became a family affair. “I’m so thankful to be able to serve alongside my sister, Federated Women’s Club members, and my boys at the annual Celebration of the Arts Luncheon,” she said.
Tallie’s sons, Sam and Joseph, both Boy Scouts,  participated in the Colorguard presentation at the top of the event.

To stay apprised of the ongoing events, classes and shows at the Shelby County Arts Council, the beneficiary of this event, follow their Facebook page by the same name or check out their website, Shelbycountyartscouncil.com.

Celebrating the arts and so much more