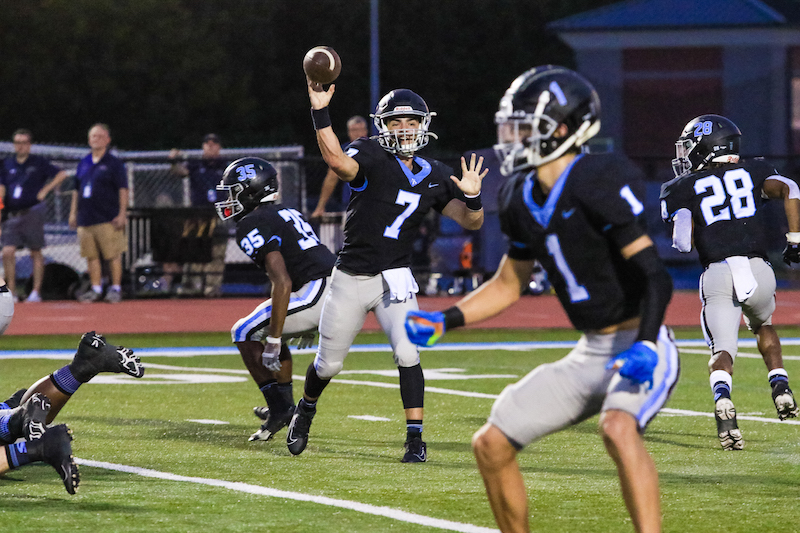 Spain Park battled to a 17-17 tie with Hewitt-Trussville in the second half, but the Huskies scored 21 unanswered the rest of the way to pull off the region win. (File)

TRUSSVILLE – Spain Park’s Zavier Long ran for a 17-yard touchdown with 3:13 on the clock in the third quarter of Friday’s visit to Hewitt-Trussville to tie the game at 17-all, after Braxton Sumpter’s point-after kick.

The Jaguars (1-2 overall, 0-1 in Class 7A, Region 3) had fought back to tie the game for the first time since Hewitt-Trussville first took a lead less than a minute into the game on a 45-yard touchdown run by Clayton Hollis.

A 32-yard field goal by Sumpter cut the deficit to 14-10 with 6:17 to go in the second quarter, but Hewitt-Trussville’s Riley Rigg answered with a 20-yard field goal with 8 seconds until halftime.

Long’s second touchdown run tied the game, but Cade Carruth gave the lead back to the Huskies with a five-yard touchdown run with 1:30 left in the third quarter.

Hewitt-Trussville pulled away in the fourth with a 67-yard touchdown pass from Peyton Floyd to Ryan Shoop, and a 45-yard touchdown run by Hollis.
The hosts outgained SPHS 445 yards to 225 yards.