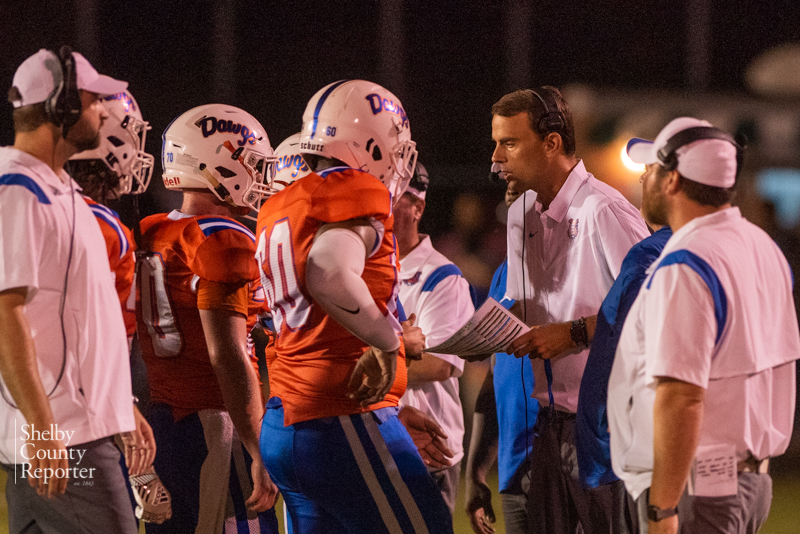 Montevallo fell on the road to American Christian on Friday night to fall to 2-1 on the season and 0-1 in region play. (File)

TUSCALOOSA – Montevallo dropped its first game of the season, 41-10 at American Christian, in its first Class 4A, Region 3 contest.

ACA scored first with a rushing touchdown with 6:13 on the clock in the first quarter, and added to the lead shortly into the second quarter with another touchdown.

Visiting Montevallo got on the board with a 25-yard field goal by Gio Hernandez with 30 seconds remaining in the first half to give the Bulldogs some momentum going into the locker room.

American Christian made it 21-3 on a touchdown run, but Montevallo answered with a 75-yard touchdown reception by Javon Rogers with 9:35 to go in the third quarter.

ACA scored two more touchdowns in the third quarter to put the game out of reach, and added a final score with 32 seconds remaining in the game.

Kial Cottingham completed four passes in nine attempts for 98 yards for the Bulldogs, and Braxton King was two-for-three for 10 yards.
Rogers was the top target with four catches for 92 yards.

Tamadreon Purnell and Jamion Prentice led the Montevallo defense with 12 tackles and nine tackles, respectively. Rogers and Tim Waters each had an interception.

The Bulldogs still have had a promising start to the season, however, and will look to get back on track with a visit to Bibb County on Friday, Sept. 10.