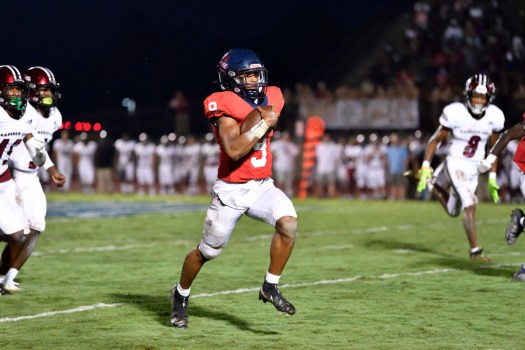 Evan Smith runs free during Oak Mountain's 17-7 region win against Gadsden City to help the Eagles improve to 3-0 on the season and 1-0 in region play. (For the Reporter/Barry Clemmons) 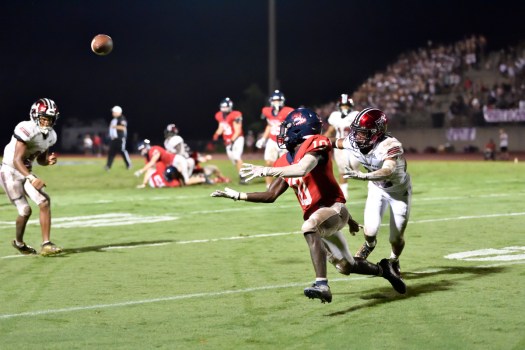 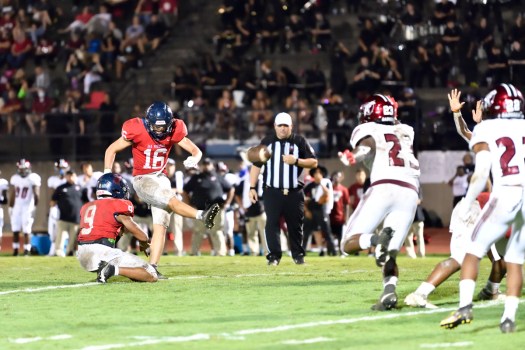 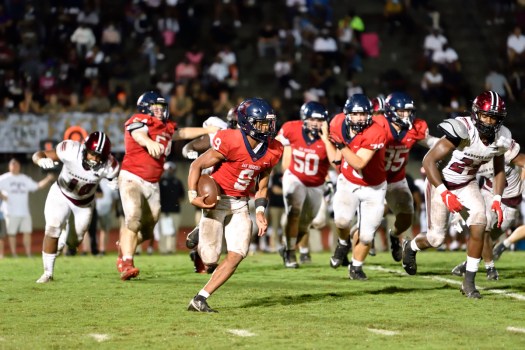 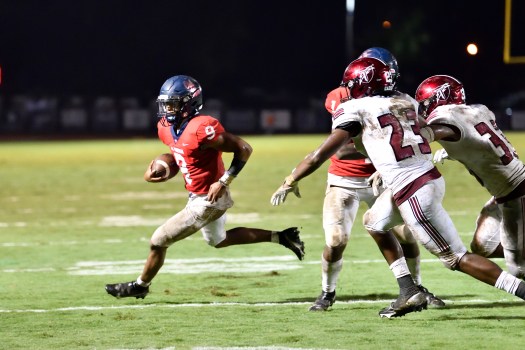 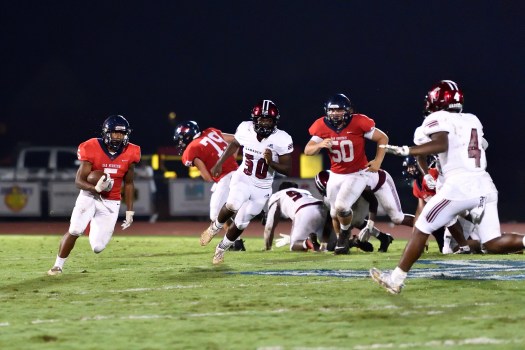 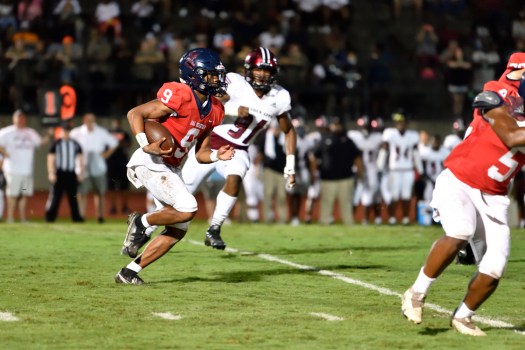 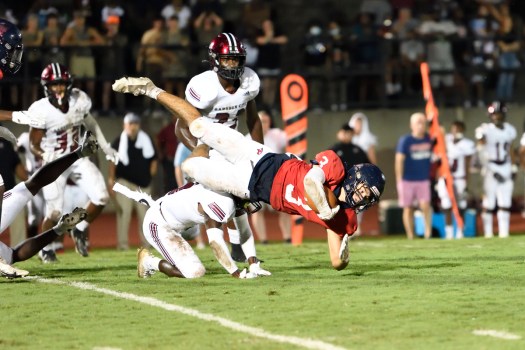 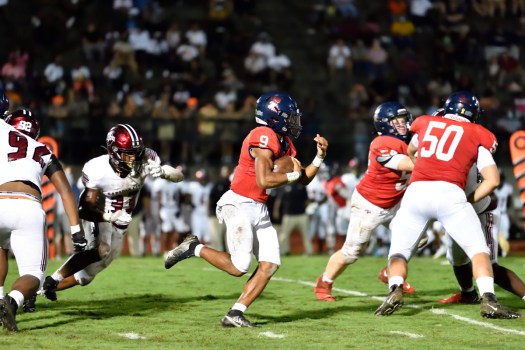 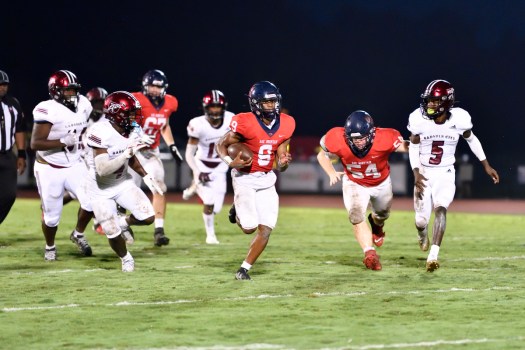 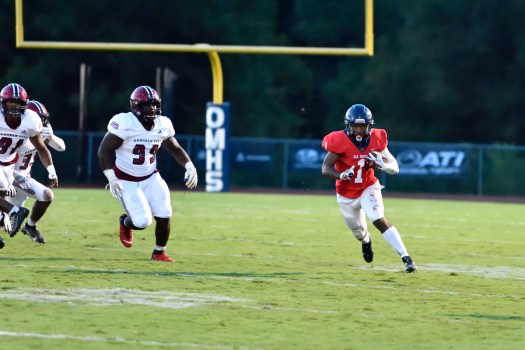 “That was a great team that we beat tonight, they have a really, really good defense,” Crane said postgame. “We shot ourselves in the foot, like we did the last couple of weeks in the first half, but, you know, we battled back, we were able to get some points on the board, and the defense shut them down.”

Both defenses opened strongly, as Oak Mountain secured a third down stop on the opening drive after two straight Titans’ third down conversions, and Gadsden City held Oak Mountain to an opening punt as well.

After a lengthy Gadsden City drive to close the first period of action, the series was capped off with a touchdown from Luke Waldrop to Khamari Smith on the first play of the second quarter, which put the Titans up 7-0.

On the next possession, Oak Mountain quarterback Evan Smith kept the ball for himself for much of the drive, doing the heavy lifting with his legs and driving home a 64-yard touchdown run to even the game at 7-7.

After two straight scoring drives, it was time for the defense to take back over for both teams. Each side forced a turnover on downs on the ensuing possesions, including Oak Mountain negating a 16-yard run from Gadsden City to start their drive.

After the game, Crane said he was proud of the defensive effort.

“We only had to score eight points, and we held them to seven, so if we can keep people to seven, we’ve got a really good shot,” he said.

The Eagles scored once again midway through the third quarter as Smith found senior receiver Evan Hammett in the end zone after the Eagles’ defense forced another turnover on downs and set the offense up at the 25-yard line.

From there, the Titans started a 16-play drive that took nine minutes of game time, but the drive ended when the Eagles defended a jump ball in the end zone and Waldrop slipped while being chased for a loss, forcing a punt with 8:00 remaining.

That proved to be the last chance for the Titans as Oak Mountain ran four minutes off the clock and Gadsden City failed to capitalize on the ensuing drive. The Eagles’ Garrett Murphy closed out the game with a field goal on offense and a late interception on defense, finishing a 17-14 win in Oak Mountain’s home opener.

Smith had another great night on his feet for the Eagles, posting 179 rushing yards to pair with his 73 passing yards in a winning effort.

“Evan Smith can run any offense he wants to,” Crane said. “He’s a really good athlete, super smart, and a heck of a quarterback too. Every day he’s getting a little bit better, and I hope that as he’s progressing, it’s going to be fun to watch.”

Many things could be said about tonight’s contest, but for Oak Mountain players, it may just be as simple as coach Crane stated postgame—“1-0 in the region. That’s my thoughts right now.”