Vincent loses by one in final minute of region opener 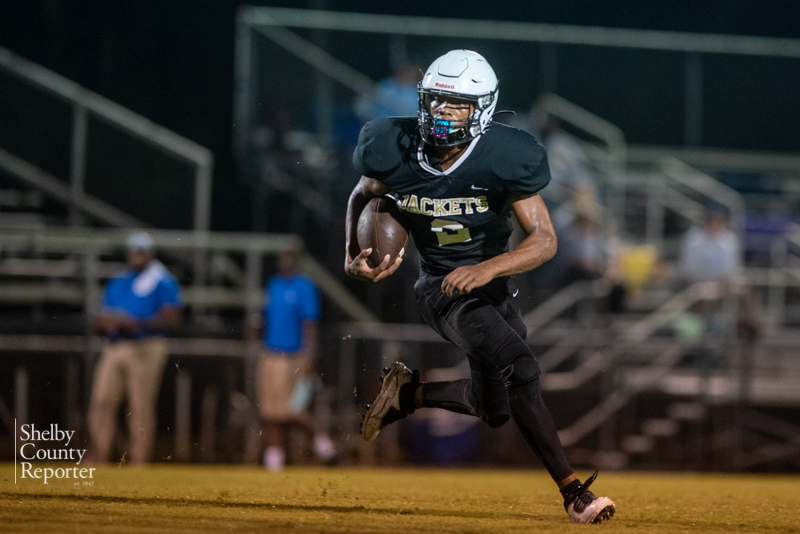 RANBURNE — Jermarey Lawson took the opening kickoff 80 yards for a touchdown. It was his first of three touchdowns in a 255-yard all-purpose performance to lead the Vincent Yellow Jackets. However, a late score by Ranburne gave the Bulldogs a 36-35 win over Vincent to open Class 2A, Region 4 play.

“At the end of the night, depth was our biggest issue. A majority of our guys played both ways all night. I thought we played really hard against a very good team, just didn’t have enough gas in the second half,” said Vincent head coach Lucas Weatherford.

Following the quick kickoff score, Ranburne answered, 7-7, but Lawson went 50 yards on the next play to regain Vincent’s lead, 13-7. In the second quarter, Blake Allums connected with Tray Youngblood for a 19-yard touchdown, and Lawson tacked on the 2-point run, 21-7. Allums ran in a TD from 3-yards out, followed by another Lawson 2-point run, to lead 29-7 at the half.

Ranburne cut the margin to a touchdown with a pair of scores in the third quarter. Lawson put an end to an early second-half series by the Bulldogs, intercepting a pass in the end zone. Ranburne capitalized on two Vincent fumbles to make it 29-21 after three quarters and evened the score midway though the fourth quarter.

Lawson answered with a 49-yard touchdown run to put Vincent in front, 35-29. A late Yellow Jackets punt set up a 40-second scoring drive, aided by penalties to set up a game-tying touchdown and winning point after kick.

“We are so close to kicking the door down as a program. I just gotta keep working with our guys on keeping their heads up and not waiting on something bad to happen. I think tonight when things didn’t go well in the third quarter we started hanging our heads a little bit. We have got to get over this hump,” Weatherford said.

Evan Swain led Vincent with nine solo tackles and Zac Carlisle had an interception, along with Lawson’s.