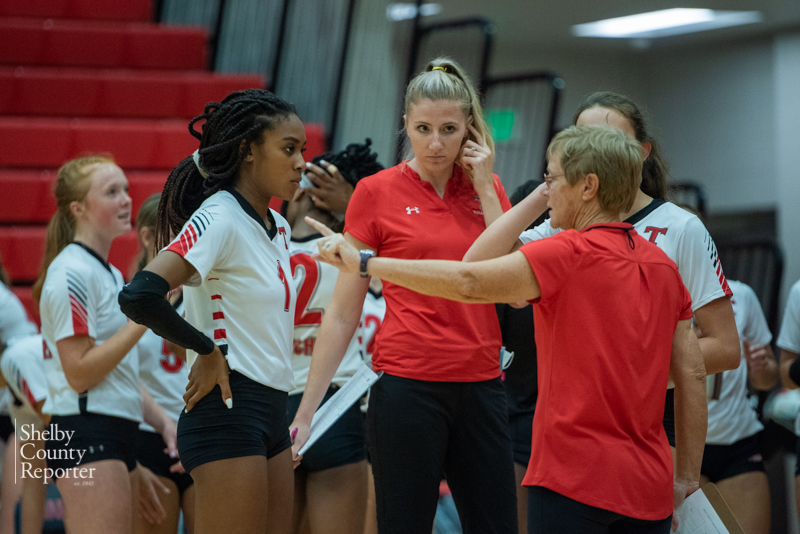 ORLANDO, Fla. – Following an exciting 7-2 start to the 2021 volleyball season, the second-ranked Thompson Warriors took their talents out of the state to compete in Orldando’s Nike Tournament of Champions Sept. 3-4.

Taking on some of the best teams in the Southeast, the Warriors put together a 4-3 record in a busy seven-match stretch between the two-day tournament to improve to 11-5 this season.

Early in the tournament, Thompson put together a strong start in pool play with two wins out of the gate.

Taking on Vanguard in the first match of the tournament, the Warriors took a 1-0 lead thanks to winning the opening set 25-18. The Knights, however, bounced back with a strong second-set performance of 25-19 to even the score at 1-1.

That led to a tight tiebreaker set, but Thompson found a way to pick up clutch points late to grab a 15-12 set win and a 2-1 match victory.

With a 1-0 start, the Warriors carried confidence into their second matchup of the tournament shortly after and it showed against Winter Springs.

Thompson jumped out to a strong lead early in the first set and coasted to 25-15 win. That was then followed by a 25-21 win in the second set for a quick sweep of the Bears and a 2-0 record for the Warriors in the tournament.

Closing out pool play on Friday, Sept. 3, Thompson settled in for its final game of the night shortly after against the Leon Lions.

The opening set was hard fought, but it was the Lions taking advantage of set point at 24-23 to pick up the early 1-0 advantage. That became tough for the Warriors to overcome and Leon capitalized with a 25-19 win in the second set to complete the sweep.

Nonetheless, Thompson had done enough with the 2-1 start to play in the Gold Bracket of the tournament.

That meant more matches against some of the best teams, and early on Saturday, the Warriors took advantage of that with a thrilling win against Clearwater Central Catholic.

Thompson dropped the opening set to the Marauders 25-23 to fall into a 1-0 hole.

But almost still trying to wake up early on a Saturday, the Warriors rubbed their eyes, started seeing more clearly and came out a different team in the next set. They took the second set 25-20 to even the match at 1-1, which led to a tiebreaker set.

In the decisive third set, Thompson left no doubt, pulling away for an easy 15-6 win to take the match 2-1 and win its third match in four attempts to start the tournament.

That, however, set up matches with some of the country’s top volleyball teams.

The Warriors dropped matchups with both Timber Creek and North Raleigh Christian Academy in straight sets, as those two eventually ended up playing for the Gold Bracket championship.

After losing both, however, the Warriors bounced back from the adversity in a win against Olympia.

The two teams traded 25-19 scores in the first two sets, before the Warriors were able to find clutch points in the third set to close the tournament with a 15-10 set victory and 2-1 match win.

That helped Thompson improve to 11-5 overall this season and finish the difficult tournament with an above-.500 record of 4-3.