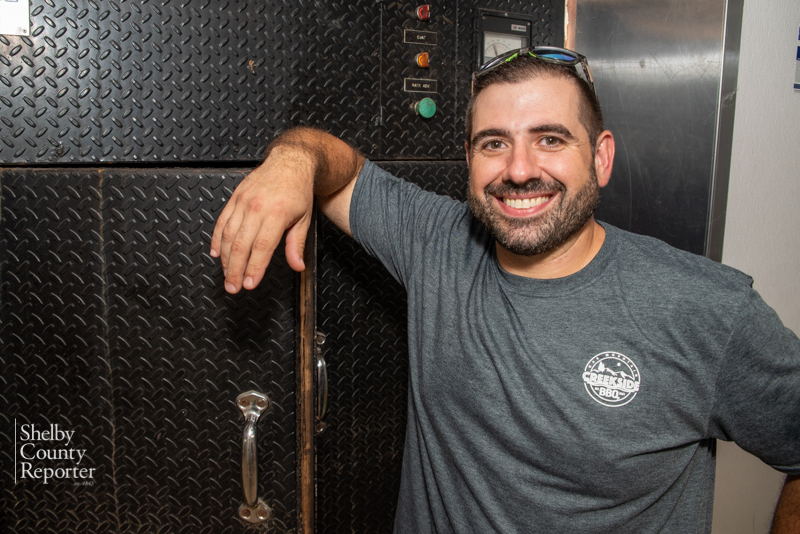 PELHAM – Pelham foodies will have a new barbecue restaurant to enjoy in Creekside BBQ. The restaurant is conveniently located right before the Oak Mountain Amphitheater, and is expected to open in mid-October.

Owner Eric Pippert has been in the restaurant industry for most of his life, and said he’s excited to take on his first ownership role.

“I’m a 50-percent partner in this place,” he said. “I have a business partner, but he’s not part of the restaurant side of it.”

Pippert said it was his partner who purchased the space, and told Pippert there was a need for a “better restaurant in this area.” Pippert wanted to open a barbecue restaurant that reflected the restaurants he’s worked for in the past.

“What I like to say is we are a chef-driven barbecue restaurant,” Pippert said. “So, for myself, I’ve been in Nashville the past three or four years, and before that I was in Chattanooga. I’ve had a fine dining, chef-driven background and I really wanted to bring that creativity here.”

The Pelham location is the first Creekside BBQ of its kind to open, according to Pippert. It was expected to open in September, though due to COVID-19, the date kept getting pushed back. Pippert said he didn’t want to fight it and open something that wasn’t ready. “We just keep rolling with it,” he said. “But we are hoping to be open by mid-October.”

The space used to be occupied by a Waffle House, but guests will find no trace of the late-night diner in the restaurant’s aesthetic. Magic City Local has built a spacious back patio, where Pippert plans to have live music. The inside has brand new countertops, where guests can admire the open kitchen concept and see local beers on tap. Ideally, Pippert wants to sit 50 people comfortably on the patio, and have room for 40 inside.

In the back, there is a 4,000-pound smoker that they picked up from a closed Jim ‘N’ Nicks location in South Carolina. “This is a Boiler 700,” Pippert said. “We had to bring a crane in to get it where we wanted.”

They plan on starting the menu off small, so they can feel out what people want to see on the menu and build based on availability and demand. Pippert said he plans on keeping everything as local as possible, with exceptions, of course.

“With my background, I’ll try to use as much local stuff as possible, but when it gets into meat it’s a little bit more difficult doing local,” he said.  “We’ll try and do seasonal produce where it fits. Yes, we’ll have fried green tomatoes, but when heirloom tomatoes are hitting hard we’ll probably do tomato pies.”

The menu will not fit a specific type of regional barbecue, instead taking Pippert’s favorites from all regions and applying them to different dishes. “I’ve lived in North Carolina for the majority of my life, so I like their pulled pork style,” he said, “But, I like what Memphis does with their dry ribs, and I’ll have chicken with Alabama white sauce. I want to pull from everywhere.”

Though it no longer resembles a Waffle House in any way, Pippert said they plan to pay homage to the former tenant with a smash burger on the menu.

Pippert said he is aware Creekside’s location is prime for business once concerts start back, and welcomes all concert-goers. “I’m aware people will probably use our parking lot for concerts,” he laughs. “But hopefully they’ll come in, grab a bite and a beer before the concert starts.”

Ultimately, Pippert said he wants to build something special that everyone can enjoy. With the mindset of “If you build it, they will come,” he hopes they will come with an appetite for great food and a great atmosphere.

“I don’t want this to be a run-of-the-mill barbecue joint,” he said. “We have a beautiful space that we’ve put a lot of work into, and I want the food to match it.”