Chelsea showing no signs of slowing down after Briarwood win 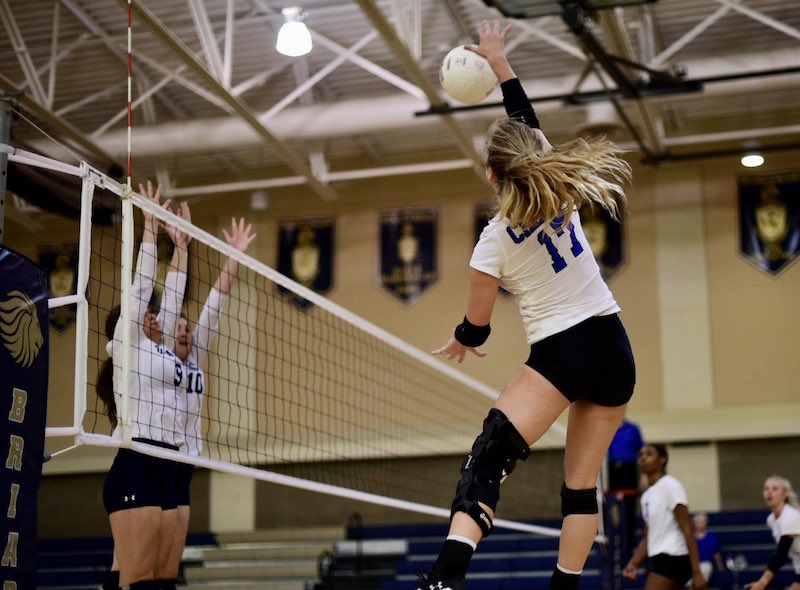 The Chelsea Hornets took down Briarwood on Tuesday, Sept. 7 to pick up their first area win of the season and improve to 13-1 overall. (Reporter photo/Keith McCoy)

NORTH SHELBY – Chelsea’s volleyball team has shot out of the gate this season, and following another big win on Tuesday, Sept. 7, the Hornets are showing no signs of slowing down.

The Hornets won their first 10 matches of the 2021 season before dropping a tough three-setter to Oak Mountain in the championship of the Briarwood tournament on Saturday, Aug. 28.

How did they respond? With two wins in a row against Tuscaloosa County and Northridge as part of a tri-match on Aug. 31.

That led into a week off for the Hornets, but on Sept. 7, they hit the court again for the team’s area opener against Briarwood and picked up right where they left off a week earlier.

In the opening set, Chelsea quickly knew the win wasn’t going to come easily, but that didn’t stop the Hornets from shooting out to an 8-1 advantage.

The Lions, however made a strong run midway through the set. Trailing 14-10, they won five of the next six points to get within one at 15-14.

Briarwood played to within a point as late as 22-21, but the Hornets took a 24-22 lead thanks to a late service point won by Emma Pohlman and then capped off the 25-22 win after the Lions failed to win on their next service attempt.

In the second set, the Lions knew how important it was to win and avoid a 2-0 hole, which led to a strong start. Briarwood eventually put together a run to take an 11-8 lead.

The Lions held that lead up to 14-11, but Chelsea responded with five points in a row to take a 16-14 lead, and the Hornets never relinquished it the rest of the way.

Their confidence carried over into the early portion of the third set thanks to the serve of Landi Rutledge. She won nine consecutive points on serve to help Chelsea overcome a 3-1 deficit and open up an 11-3 lead.

That was all the cushion the Hornets needed, as they closed out a second consecutive 25-20 set victory to complete the sweep of their rival.