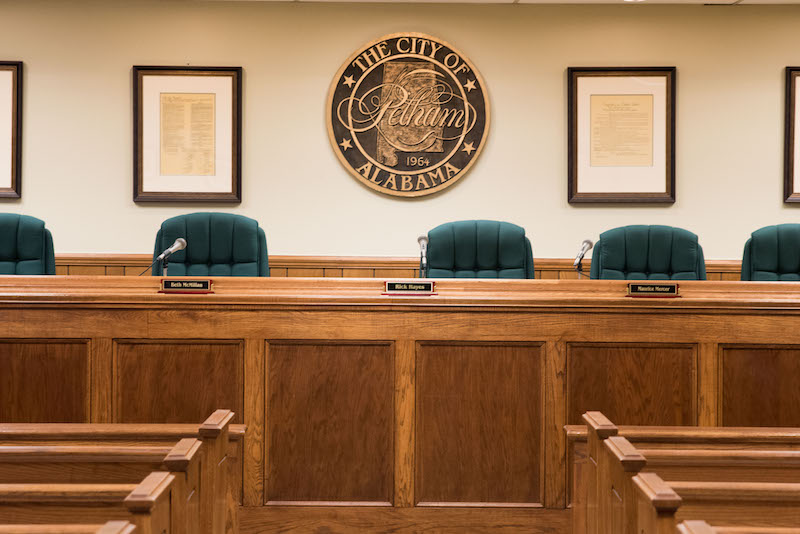 PELHAM – The Pelham City Council met on Sept. 8 to present the new financial budget for the fiscal year of 2022.

All council members were in attendance as City Manager Gretchen DiFante and Accounting Manager Jenny Gray presented the extensive plan to the room.

First, DiFante and Gray presented the breakdown of the budget’s general fund: Sales and use taxes made up approximately 65 percent; property taxes are 15 percent; licenses and permits are 10 percent; charges for services are 1 percent; and other sources (grant revenue, American Rescue Plan funds, etc.) make up 9 percent.

The expenditures portion of the presentation broke down the percentages of the various departments, placing the majority of the funding with public safety departments.

“In any city that has public safety, public safety is going to take up the majority of expenditures,” DiFante said. “It’s not about where it’s managed. It’s about what it serves.”

The police and fire department equal 50 percent of the budget (both approximately 25 percent respectively), general administration is 33 percent, library is 3 percent, parks and recreation is 5 percent and the Department of Development Services and Public Works (DSPW) is 9 percent.

Budget priorities listed in the presentation were as follows:

DiFante said the city of Pelham has received approximately 50 percent of the American Rescue Plan Act funding, and is set to receive the remaining 50 percent next year. “In order to use [the funding] for certain projects, you had to show that you had a revenue loss of a certain percentage. We were able to do that,” she said. “If you want to use it for proprietary fund projects, you have to show that you had a revenue loss in those proprietary funds. We were fortunate that we had ways we could spend it to support the projects for proprietary funds.”

DiFante and Gray said they went through the budget “with a fine-tooth comb” to make sure all budget recommendations were precise and absolutely necessary to the city.

“We are recommending that you put this first 50 percent of funds towards mostly capital projects, and there are some operational needs mainly within public safety that are mostly technology related or uniform related,” DiFante explained to the council. “The reason we’re recommending this is because that frees up funds to allow us to invest in an economic development project, and that is the Oak Mountain Trail Project. It allows you to pay for that out of cash, and not have to dip into reserves in order to pay for it.”

The Oak Mountain Trail Project is a city plan to purchase several acres of land east of I-65 to develop. Master planning on the site is already underway, and the city council members are optimistic the plan will bring new growth to the city.

The city council is set to vote on the new budget on Sept. 20. The 2022 fiscal year begins Oct. 1. For access to the budget presentation, visit the City of Pelham website: https://pelhamalabama.gov/827/Agendas-Minutes.