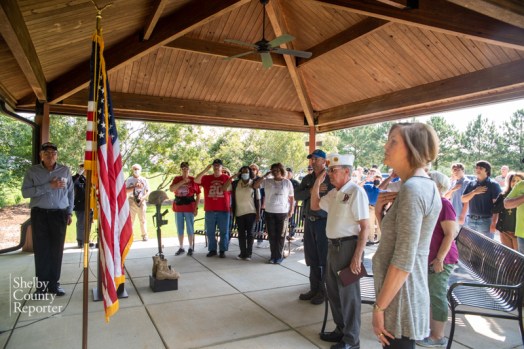 Attendees of the Patriot's Day Ceremony at the Alabama National Cemetery honoring the nation's heroes prior to the 20-year anniversary of the 9/11 terrorist attacks stand for the Pledge of Allegiance. (Reporter Photos/Keith McCoy) 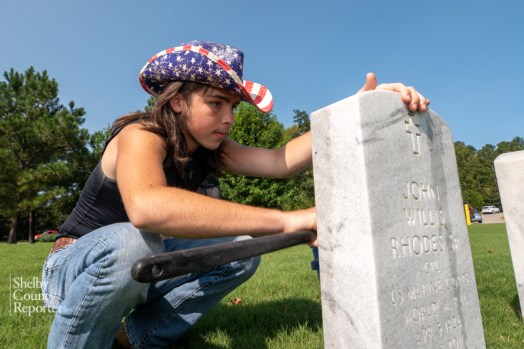 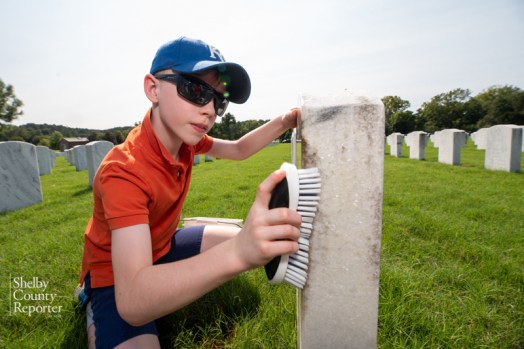 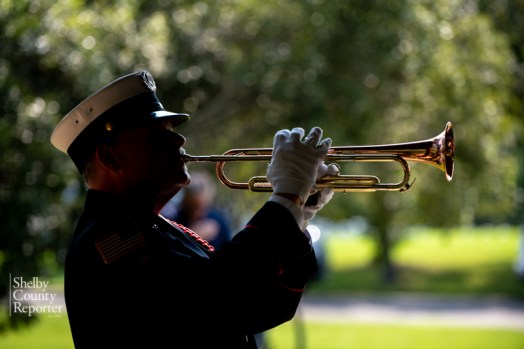 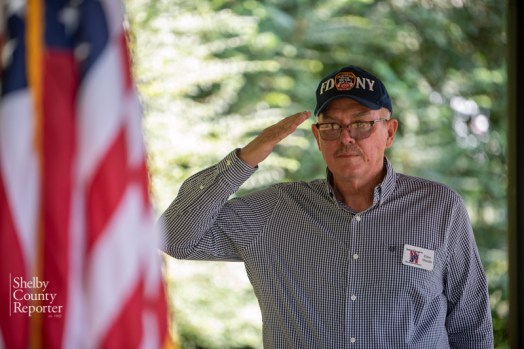 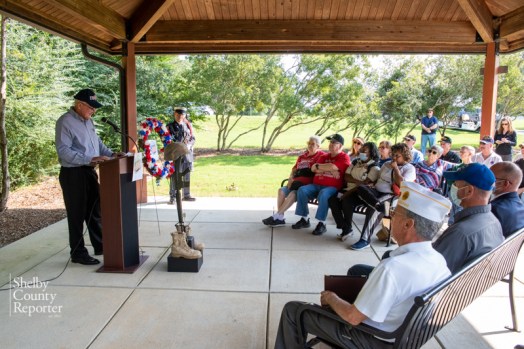 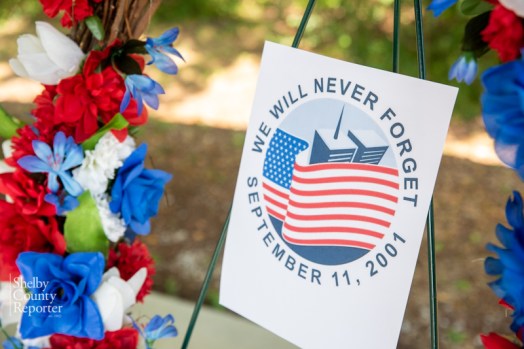 MONTEVALLO – Sunshine blanketed the Alabama National Cemetery on Friday, Sept. 10, as numerous residents paid tribute to American veterans, first responders and civilians ahead of the 20th anniversary of the terrorist attacks on Sept. 11, 2001.

The Patriot’s Day Ceremony and Carry the Load Day of Service drew people from Shelby County and beyond to the cemetery to honor the country’s countless heroes of 9/11 and the subsequent War on Terror.

“Today, we remember those who are no longer with us and honor our living heroes that are here with us today,” said Eldon Woodie, 1st vice chairman of the Support Committee for the Alabama National Cemetery. “Additionally, many of our first responders have continued to put themselves in harm’s way as our first line of protection against terrorism on the home front.”

Woodie described 9/11 as one of the darkest days in the country’s history—a day in which 2,977 people died, cementing 9/11 as the deadliest attack on U.S. soil.

“As much of our nation was just starting the day the morning of Sept. 11, 2001, 19 terrorists hijacked four East Coast flights, crashing three of them into targets in New York City and Washington D.C.,” Woodie said. “The fourth plane (slammed) into a field in Pennsylvania after passengers fought back. They had figured out what was coming, and for all of us, ‘let’s roll’ will be engraved on our hearts forever.”

Woodie recognized War on Terror veterans, asking those in attendance to stand or raise their hands.

ALNC foreman and Air Force veteran Brian Hudson led the Pledge of Allegiance. Hudson and Brandon Ervin, another ALNC staff member, conducted a wreath laying in honor of all victims of 9/11 and the War on Terror.

After the ceremony, volunteers who wanted to participate in the Carry the Load Day of Service – named after a nonprofit organization focused on honoring the nation’s heroes – cleaned headstones in the cemetery to remember those lost on 9/11 and in the War on Terror, including military members and first responders.

Trussville resident Lara Polk and her son, Zane Goodwin, were among nearly 50 volunteers helping with the cleaning.

Polk said Goodwin, 14, wanted to participate as a way of giving back and honoring their family members who are first responders and veterans.

“It touches me,” Polk said of Goodwin’s interest. “This is his way of serving.”

Burdett said he remembers working a midnight shift and his wife waking him up on the morning of 9/11 to tell him about the terrorist attacks.