Evangel rolls past North River for 4th win of season 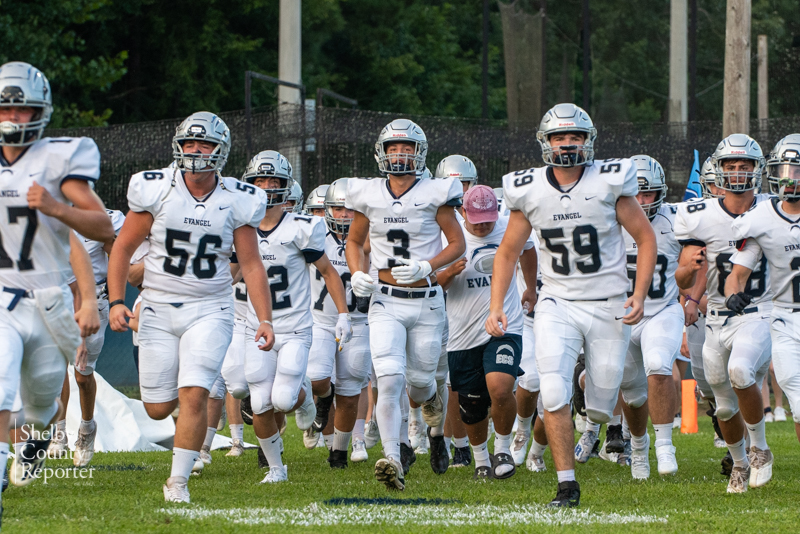 ALABASTER – After a week off due to an opponent’s forfeit, Evangel Christian School was back in action Sept. 10, defeating North River, 40-6.

“It’s good to come back since we didn’t get to play last week, get a win and get ready for a big one next week. I’m glad to get a lot of young kids in the game and get some experience for next year for them,” said Tim Smith, ECS head coach.

Eli Whitfield completed five passes for 154 yards and three touchdowns, including two to Christian Chapman of 42 and 45 yards to bookend the first-half scoring.

Freshman backup quarterback Will Welch, who played more than half of the game, scored on a 32-yard run for the Lightning’s second touchdown, followed by a safety by Grady Watkins.

Whitfield’s second touchdown pass was a 54-yard pass to Kyle Jones to close the first quarter up 20-0. Judah Thompson found the end zone on a 43-yard run to start the second quarter.

Mason Holland later punched in his first career touchdown from 1 yard out after a 58-yard fumble return by Hayden Black, who had three fumble recoveries in the game.

Black and Everson Jones each had four tackles to lead the defense. Welch led the run game with 49 yards, while Chapman had 93 yards receiving.

Evangel (4-1) travels to Huntsville on Sept. 17 to take on the Freedom Cowboys.