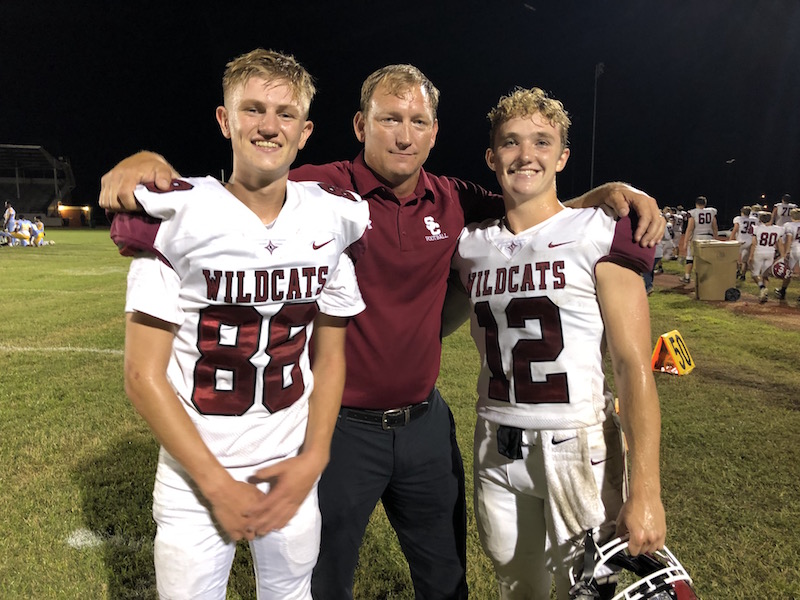 By JAMES JONES | Special to the Reporter

SELMA – Special teams was the difference in the Class 5A, Region 3 showdown between Shelby County and Selma on Friday, Sept. 10.

“Coach Ellison said he was better looking than me, so I had to prove him wrong by putting the ball through the uprights,” Grisby said.

Selma took an 8-0 lead on running back Amari Thomas’ 1-yard touchdown run and two-point conversion early in the game to set the tone early.

Shelby County, however, tied the game at 8-8 on Connor Aderholt’s 67-yard touchdown pass to Matthew Pearson. They connected on a game-tying two-point conversion just after to send the game into the half tied.

“We should’ve won that game 8-0,” Selma coach Willie Gandy told the team after the game. “We gave it away. We let them drive down the field and kick a field goal to win.”

After Grigsby’s game-winner with 37 seconds left, Selma never saw the ball again. The Saints fumbled the ensuing kickoff and Shelby County ran out the clock to preserve the three-point region win.

“Our guys have battled all year,” Ellison said. “We made mistakes, but it did not cost us the game. I’m proud of our players.”

Aderholt completed 16-of-30 passes for 234 yards, including big plays on the go-ahead 70-yard drive.

“We’re always working on our two-minute offense, so there was no pressure,” Aderholt said. “Our kicker came through.”

Defensively, Clay Webb led the Wildcats with six tackles and two tackles for loss in a low-scoring game, while Will Stroud added six tackles as well.