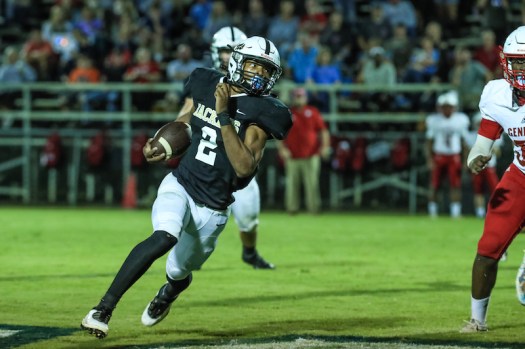 Jermarey Lawson, above, ran for 311 yards and four touchdowns to lead Vincent to a 42-27 win against Horseshoe Bend on Sept. 10. (For the Reporter/Dawn Harrison) 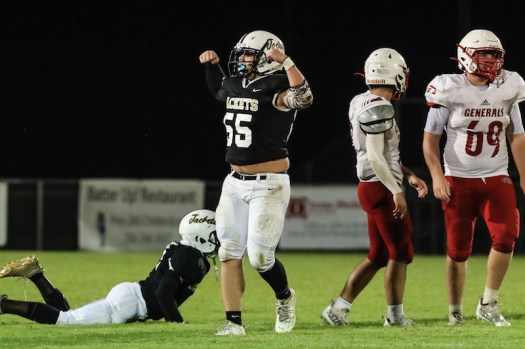 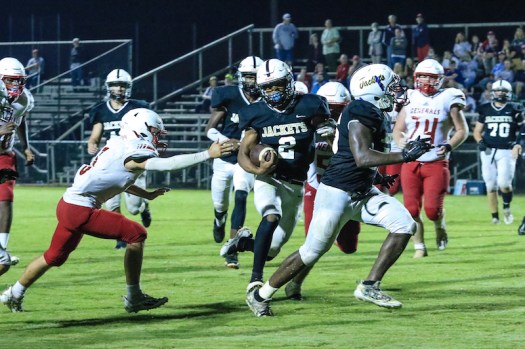 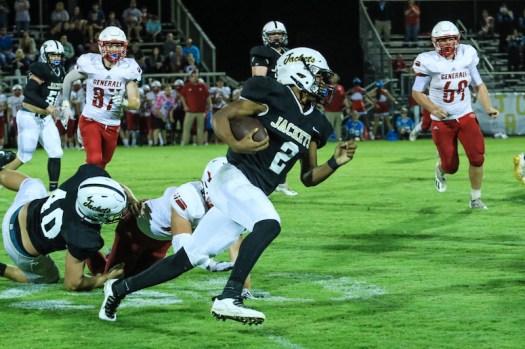 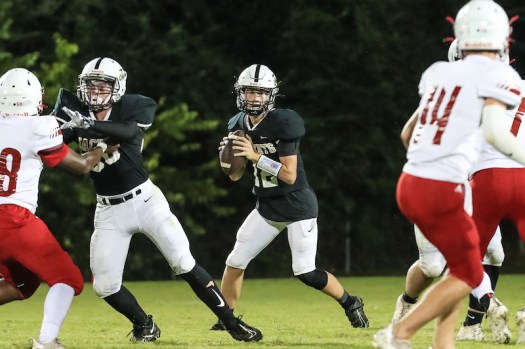 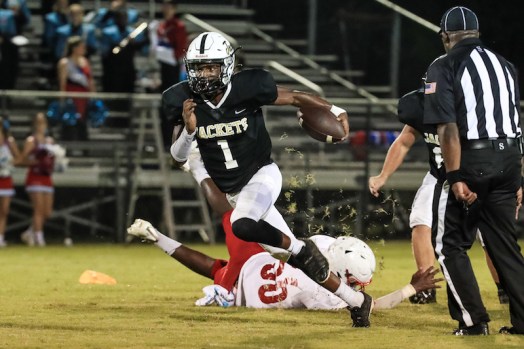 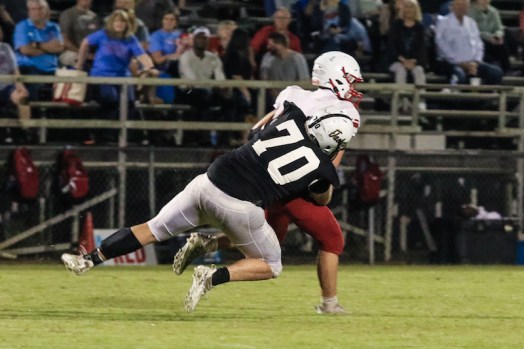 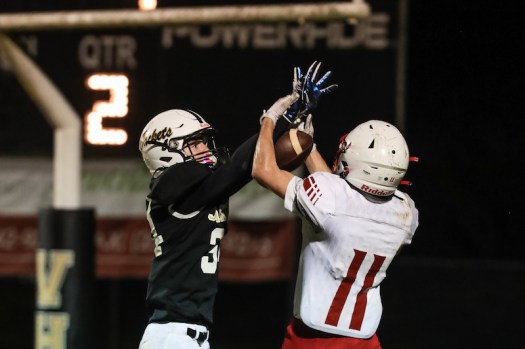 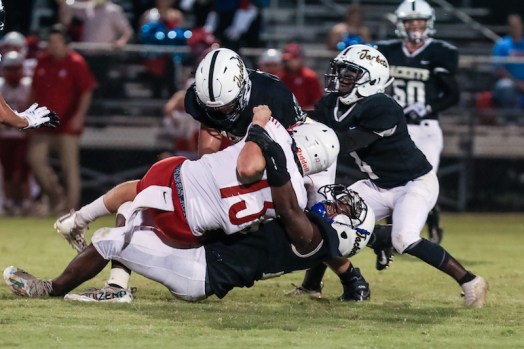 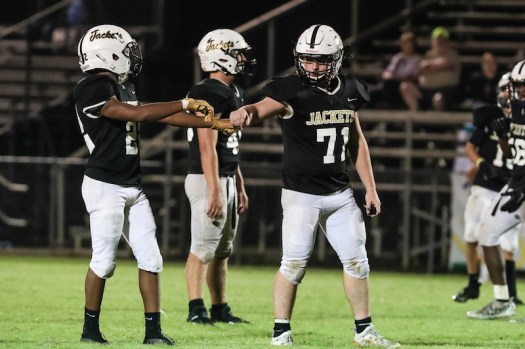 The Vincent Yellow Jackets won their second consecutive region game on Friday, Sept. 17 in a dominant 48-21 victory against Fayetteville. (File) 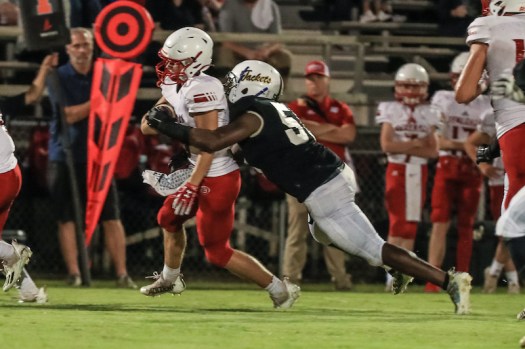 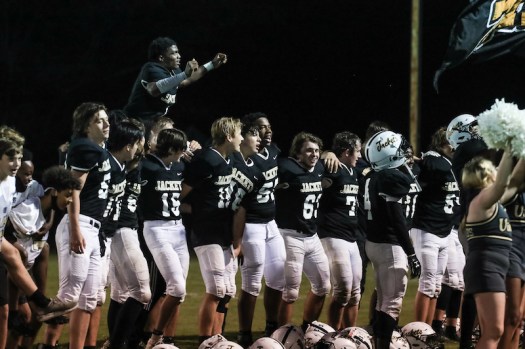 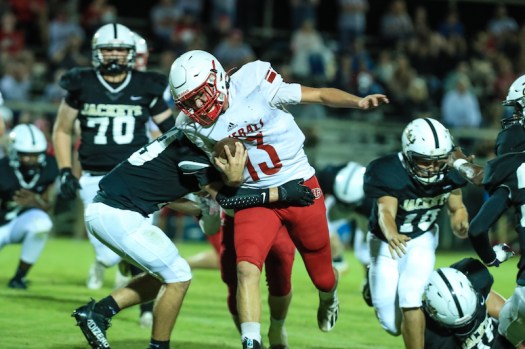 In need of a big bounce-back win in region play, the Jackets got just that thanks to a strong finish to take down Horseshoe Bend 42-27.

The win, however, didn’t come without some challenges.

Vincent jumped out to a 21-7 lead late in the first half, but Horseshoe Bend rallied back with 14 points of its own between the end of the second quarter and early in the third quarter.

Facing a similar situation to the one a week earlier where the Yellow Jackets led 29-7 at the half but ended up losing 36-35, they had to find a way to put that behind them and finish strong this time around.

And that’s exactly what Lucas Weatherford’s team did.

Vincent responded in a big way by outscoring Horseshoe Bend 21-6 the rest of the way to finish off the win and improve to 3-1 on the season and 1-1 in region play.

“I knew it was going to be a physical game,” head coach Lucas Weatherford said after. “Horseshoe Bend is very well coached and plays a very physical style. I’m proud of our guys for being resilient when things weren’t going their way late in the second and early in the third. We have to build on that.”

Vincent’s strong start began when Zack Wright scored from 4 yards out shortly after Jermarey Lawson reeled off a 78-yard run. A 2-point conversion from Tray Youngblood made it 8-0 early.

Horseshoe Bend answered with a touchdown of its own to get within one point.

Lawson, however, picked up two more lengthy runs, this time both for touchdowns. The running back carried the ball in from 27 and 35 yards out to put the Yellow Jackets up 21-7.

Horseshoe Bend answered just before the half on a scramble that ended with a touchdown to make it 21-14 at the break.

The Generals then carried that momentum into the second half when they scored on their opening drive to quickly even the score at 21-21.

But the Jackets then began to find ways to wear down Horseshoe Bend after that.

At seemingly the ideal time, Vincent put together a lengthy scoring drive that was capped off by a Blake Allums touchdown run that seemed to be the final swing of the game.

Up 28-21, Vincent added another touchdown shortly after when Lawson scored for the third time in the game, this time from 10 yards out.

Horseshoe Bend gained some life on a big mistake from the Jackets to start the fourth when a scoop-and-score made the score 35-27.

But after another fumble shortly after, the defense held strong and gave the ball back to the offense.

That’s when Lawson put the stamp on the game with his fourth touchdown run to bring the game to its final score of 42-27.

Evan Swain led Vincent’s defense with 13 tackles and a sack, while Easton Fields had nine tackles, two sacks and two tackles for loss. Youngblood added two interceptions for the defense.