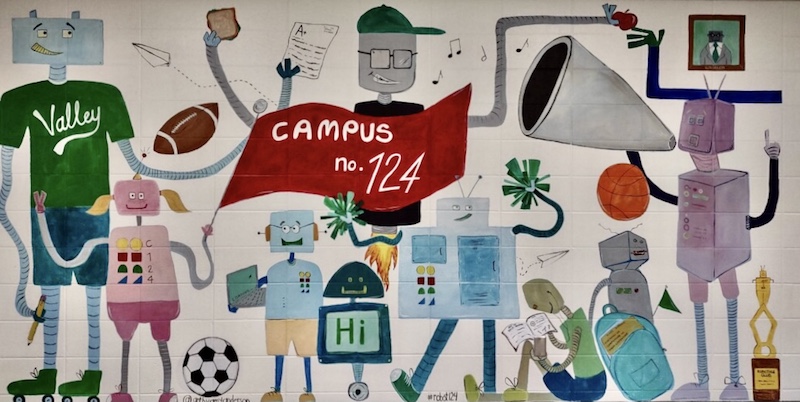 PELHAM – The second interior mural in Pelham’s Campus No. 124 development has been completed by local artist Amy Anderson.

Campus No. 124 is one of the developments created by the city of Pelham to help boost the city’s entertainment district. The location, which was formerly Valley Elementary School, houses several entertainment venues including a craft brewery, restaurant, retail and office space, residential apartments, and a 3-acre public park.

In March 2021, a “Call to Art” art contest was announced by 58 INC, the Shelby Arts Council and the Beautification Entertainment Arts Team (BEAT). Anderson was chosen as one of the local artists to participate in the beautification of the Campus No. 124 location.

The goal is to have a series of murals that represent what makes the city of Pelham so special, and to reflect the various styles of Pelham’s local artists throughout the venue. Anderson was selected to create artwork to commemorate the communities of Pelham and Shelby County, and recognize the thousands of children who attended Valley Elementary.

The 18-by-7-foot mural features a collection of robots showing their school spirit for both Valley Elementary and Campus No. 124.

“I knew right away I wanted this mural to be lively and family friendly, something that captures the nostalgic feel of the former school,” Anderson said. “I chose robots as my subject because they have a lot of interactive elements and are fun to take photos with.”