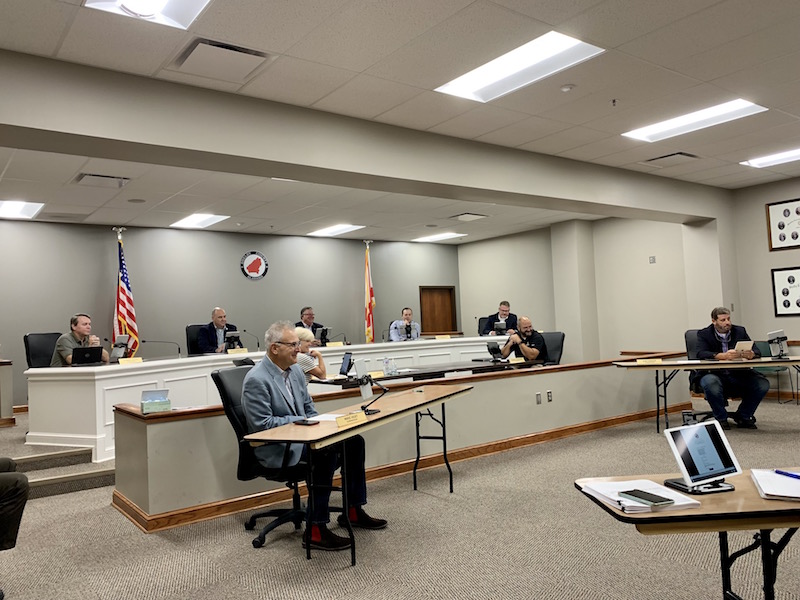 COLUMBIANA – The Shelby County Commission approved a $69 million operating budget for the upcoming fiscal year at a Sept. 13 meeting.

The budget for Fiscal Year 2022 includes nearly $69.2 million in projected General Fund revenues and about $69.1 million in expenditures, with an ending balance of about $89,400.

“We probably worked more hours than ever on the analysis of the budget to make sure that we are trying to meet as many of the demands on the budget to serve the residents of the county,” County Manager Chad Scroggins said. “We’re ready to implement this new budget, and we’re excited about the opportunities to invest back into residents.”

Public safety comprises a significant portion of the budget. Expenses are projected to total about $35.9 million, an increase from $33.1 million in the 2021 revised budget.

The new budget also places an emphasis on fire and emergency medical services.

“Thank you for investing in EMS,” Samaniego said to the Commission. “We have taken steps to train our personnel, but we do need to move in that direction with EMS services.”

In addition to the SCSO’s eight new positions, the budget includes a trail construction supervisor position, bringing the total for 2022 to nine new full-time employee positions.

Also included in the budget are the county’s ongoing and new capital improvement projects:

“We closed on some park property about a month ago, and we have started some actions to make that open to the public,” Scroggins said of the new parks, which likely will be called Dunnavant Valley Park (Mt Laurel area) and Double Oak Park (Double Oak Mountain area). “We will potentially have some back-country horse trails. It will take several months to get that developed.”

Scroggins said the county is going back to fully funding its park and recreation grants after only half-funding last year.

The application process for the park grants will start Oct. 1 and run for about 60 days.

“We want to award those by the end of this calendar year so they have nine months to implement those,” Scroggins said.

The budget includes $900,000 in projected expenses for capital projects, and nearly $19 million for the Shelby County Highway Department.

The Commission on Sept. 13 awarded a $217,650 bid for the installation of a traffic signal at the intersection of Shelby County 52 and Shelby County 93 to Stone and Sons Electrical.

The Commission also approved for the county to enter into a maintenance agreement with the Alabama Department of Transportation for the passive warning devices at the railroad crossing on Shelby County 433 near Chelsea.

“I have a lot of confidence in this budget, and I appreciate it,” Allison said. “In a very volatile time, we’ve taken care of the employees.”