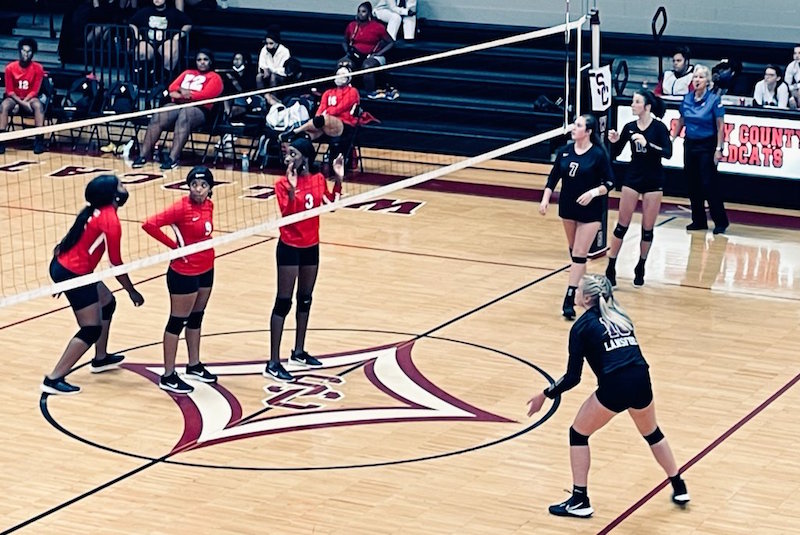 The Shelby County Wildcats took down Talladega in three sets for an area win on Sept. 14 in their home opener. (Contributed)

COLUMBIANA – The Shelby County Wildcats have made their early area games count so far this season, picking up their second area victory of the season on Tuesday night, Sept. 14.

Taking on Talladega in their first home match of the season, the Wildcats put together an ideal performance in front of the home crowd for a 3-0 straight-set victory.

Shelby County won each set by at least nine points in a dominant effort to improve to 2-0 in area play and cement themselves as a true contender for the area title.

The Wildcats have also won both area matches in straight sets.

In the opening set against Talladega, Shelby County came out and established itself as the clear favorite.

The Wildcats stormed out to an early lead and easily pulled away for a 16-point, 25-9 win.

They didn’t match that dominant set the rest of the way, but they won the next two sets in convincing fashion as well.

In the second set, they pulled out to an early advantage and never looked back. The Wildcats won their second set in a row by more than 10 points with a 25-14 victory to take a 2-0 lead in the match.

That put Talladega in a position of needing three set victories in a row to pull off the win, which made it tough for the Tigers to find confidence.

Shelby County capitalized and closed out the match with a 25-16 final set to complete the 3-0 sweep.

The Wildcats were led by Ava Nettles with 12 kills, who also added three aces and two blocks. Riley Lansford was also big with seven kills to finish second on the team, while she also added one dig.

Madison Wood totaled 25 assists to lead the team, while she also posted six digs, three aces and two kills in a balanced effort. Dani Kate Blackwell led the team in aces with four and added two kills and two digs.