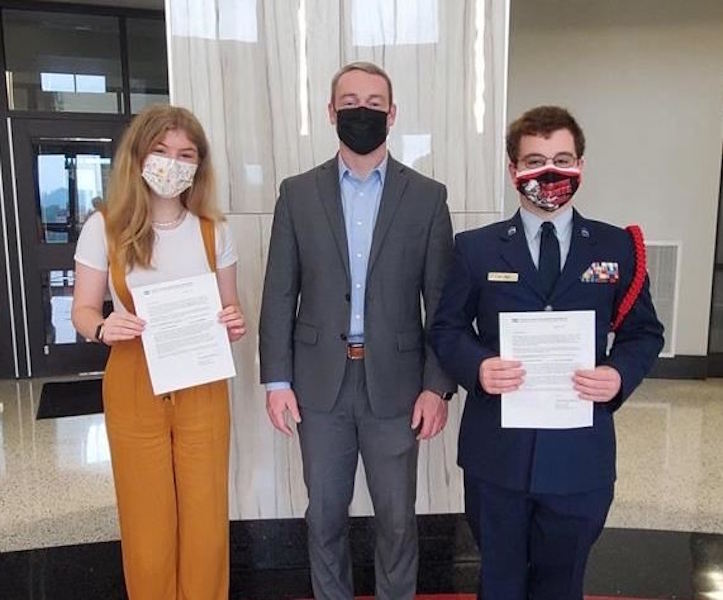 When the list was released on Tuesday, Sept. 14, Thompson seniors Abigail McGee and Ryan Furlong were named by the National Merit Scholarship Corporation (NMSC) as students who show exceptional academic ability and potential for success in rigorous college studies, according to the corporation.

There are approximately 16,000 semifinalists across the country being considered for the 67th annual scholarship program, which will award nearly $30 million to 7,500 high school seniors in the spring.

Of the semifinalists, 95 percent are expected to reach the “finalist” category; half of those students will earn a scholarship and the title of “Merit Scholar.”

The semifinalists entered the program when they were juniors by taking the 2020 preliminary SAT/National Merit Scholarship Qualifying Test (PSAT/NMSQT®).

The semifinalists are among the highest-scoring entrants from the state of Alabama. Students who are named finalists will work with a high school official on a scholarship application that includes details about their academic record, community and school involvement, leadership abilities, employment, and honors and awards.

The finalists must also be recommended by a high school official, write an essay, and earn SAT or ACT scores that confirm their performance on the qualifying test.

Finalists’ names will be announced in February followed by the winners’ names being released April through July.