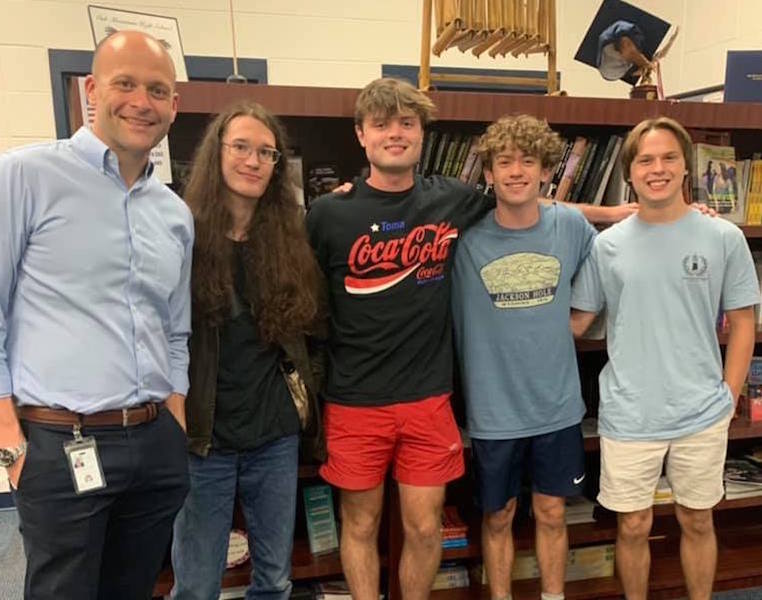 Several students across Shelby County were honored by the National Merit Scholarship Program on Tuesday, Sept. 14.

After submitting applications to the National Merit Scholarship Corporation, 22 students from seven different schools were recognized as semifinalists for the prestigious reward.

In the 67th annual edition of the program, 16,000 from across the country were named semifinalists, which gives them the opportunity to become a finalist and vie for a National Merit Scholarship.

Oak Mountain had the next highest total with four students named as semifinalists. Logan Camp, George Graham, Cade May and William Stone are the four representing the school.

Beyond that, Briarwood, Thompson and Westminster each had two students named as semifinalists.

Lilly Dong of Chelsea earned a spot as one of the semifinalists as well, and will look to continue representing the school moving forward.

The nationwide pool of semifinalists, representing less than 1 percent of U.S. high school seniors, includes the highest-scoring entrants in each state. The number of semifinalists in a state is proportional to the state’s percentage of the national total of graduating seniors

A total of 7,500 National Merit Scholarships will be awarded with close to $30 million being shared with this year’s seniors during spring 2022.

About 1,000 corporate-sponsored Merit Scholarship awards will be provided by approximately 220 corporations and business organizations for finalists who meet their specified criteria, such as children of the grantor’s employees or residents of communities where sponsor plants or offices are located.

In addition, about 180 colleges and universities are expected to finance some 4,000 college-sponsored Merit Scholarship awards for finalists who will attend the sponsor institution.

National Merit Scholarship winners of 2022 will be announced in four nationwide news releases beginning in April and concluding in July. These scholarship recipients will join more than 362,000 other distinguished young people who have earned the Merit Scholar title.