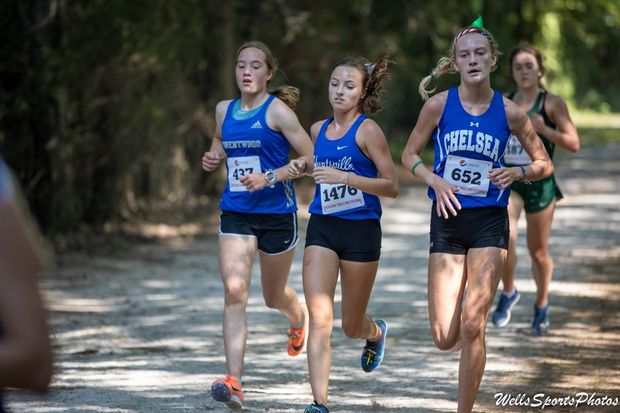 Chelsea's Cady McPhail was a highlight at the Chickasaw Invitational thanks to her finish of 20th to start the season. (Contributed)

OAKVILLE – Considered the unofficial start of the cross country season around Alabama, the Chickasaw Trails Invitational brought together some of the state’s top runners, including several from Shelby County on Saturday, Sept. 11.

And the local runners didn’t disappoint in a speedy start to the season.

Split up into large and small school races for both the boys and girls, several from Chelsea, Indian Springs Spain Park, Oak Mountain, Thompson and Westminster at Oak mountain left their mark on the event. 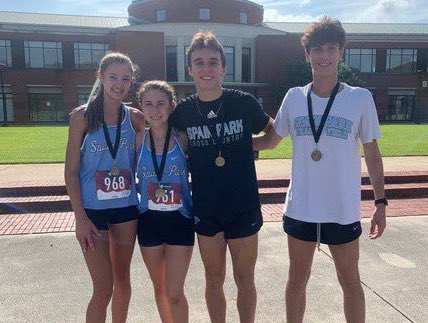 Spain Park athletes stand together with medals following the event.

Keith Warner was one of the top highlights of the event in the boys’ large school race. The Spain Park junior finished fifth with a time of 15:34.42 and broke his personal record set in first event of the year by 10 seconds. Warner now has two top-five finishes against tough fields to start season. 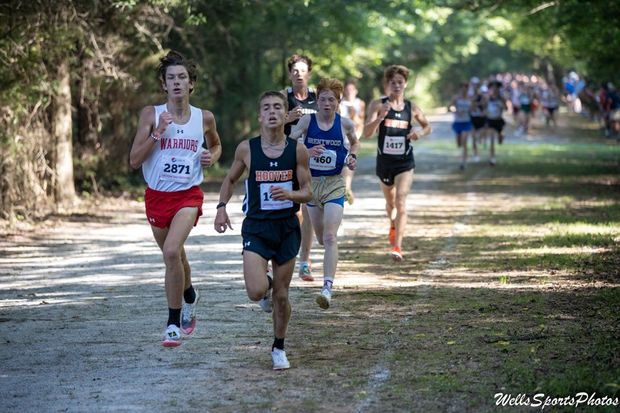 Thompson’s Jackson Hamlin also set a new personal record, finishing in 24th with a time of 16:22.01. He beat his previous record set in last year’s state championship by 32 seconds.

Kenneth Bishop, a junior for Spain Park, added another Jaguar inside the top 50 thanks to his finish of 44th behind a time of 16:41.77.

Cameron Prosser gave Thompson another strong finish with a sub-17 time. He finished the race in 59th with a time of 16:53.54.

In the girls’ large school race, Cady McPhail carried confidence into the season off last year’s multitude of state championships and started with a finish of 20th this season.

The junior for the Chelsea Hornets finished the race with a time of 19:24.97.

Spain Park’s Savannah Hodges was the next highest finisher. The senior for the Jaguars finished 25th behind a time of 19:41.64.

Just two spots behind her was Oak Mountain’s Faith Scardino, who finished with a time of 19:43.00.

Delaney Vickers, another Spain Park runner, was the only other athlete to finish inside the top 50 from the county. The sophomore finished 31st with a time of 19:49.13.

In the small school races, Micah Adams was the highlight for the boys. The sophomore at Westminster School at Oak Mountain finished 17th with a time of 18:03.14.

Alexander Montgomery and David Haskins also finished inside the top 50 for the Knights.

Indian Springs also had a top-50 finisher thanks to Mark Underwood claiming 47th with a time of 19:08.38.

In the small school race for the girls, Westminster had four runners finish inside the top 50, but it was Indian Springs’ Elise Picard who tied with Warner for the highest finish of any county runner at the end of the day.

None of the Westminster runners finished higher than Courtney Callahan, who ran the event in 21:03.35 to finish 15th overall.