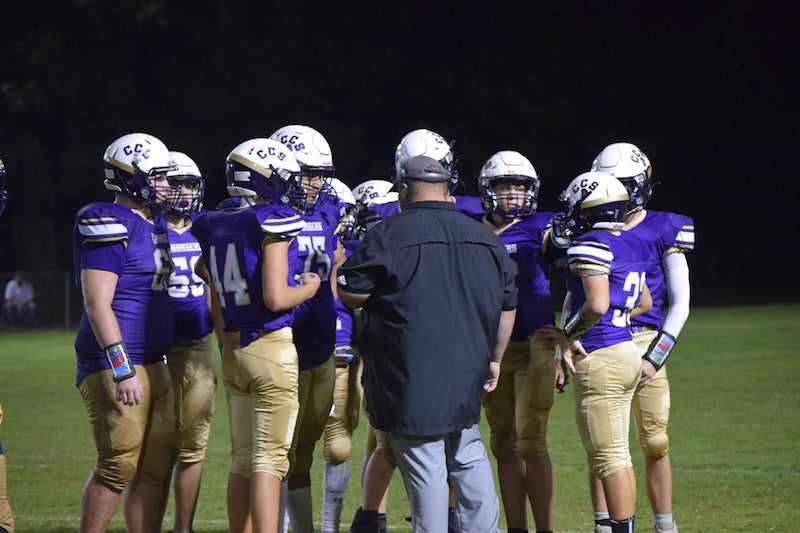 The Cornerstone Chargers picked up their second win of the season on Sept. 17, and did so in dominant fashion in a 67-12 effort against Snook. (Contributed)

COLUMBIANA – The Cornerstone Chargers bounced back from three consecutive losses with a statement win on Friday, Sept. 17.

Taking on Snook Christian, the Chargers had lost their last three games with one forfeit sandwiched around a 54-0 loss and 65-0 loss.

Albeit against two of the toughest teams on the schedule for the Chargers, that marked a combined stretch of being outscored 119-0.

Taking on Snook, however, Cornerstone knew it was a prim opportunity to regain confidence against a team that was 0-4 and had scored 7 or less in each game coming into the matchup.

The Chargers not only capitalized on the Eagles’ struggles offensively, but they exploited a defense giving up more than 50 points per game this season.

Cornerstone scored early and often, leading to a 67-12 victory to end the three-game losing streak and improve to 2-3 on the season. In their two wins, the Chargers have given up 12 combined points and scored 87 combined points.

The Chargers will hit the road for a matchup with Abbeville Christian next week before returning home for two key games against rival Coosa Valley and Springwood to kick off October.

Vincent now 4-1 after rolling by Fayetteville