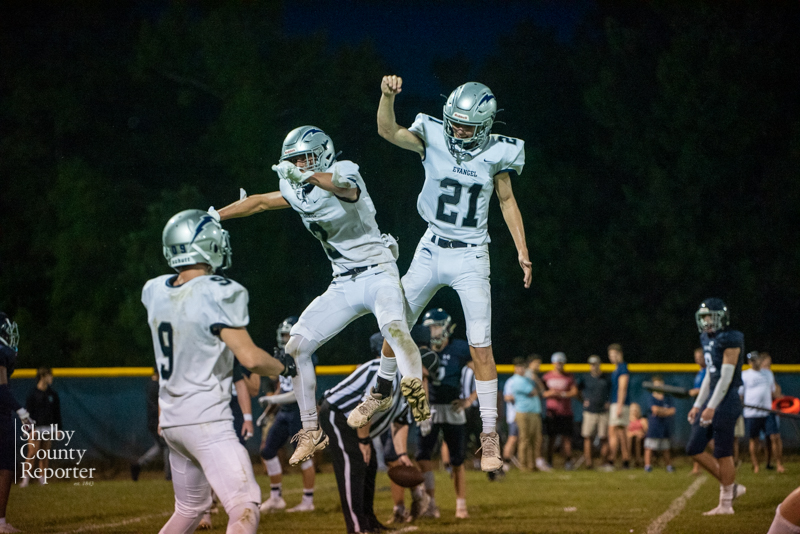 “We played really well tonight. Our kids were really excited to play them. MaxPreps had them ranked No. 1 and us No. 3. We wanted to beat them, and it’s the best we’ve played this year. We played lights out,” said ECS head coach Tim Smith after the win. “It was a big win for us going into conference play.”

Hunter Atkins gave Evangel an early 14-0 lead with touchdown runs of 50 and 83 yards, with extra points from Lucas Mast. Freedom answered with a 90-yard kick return and a two-point conversion.

Whitfield and Thompson connected on a 6-yard touchdown pass early in the third quarter, followed by another Atkins touchdown and a 68-yard Whitfield TD pass to Christian Chapman, who finished the game with 215 yards on 11 catches.

Atkins finished the night with 136 yards on 11 carries. Whitfield led the offense with 375 yards on 20-of-33 passing and added 35 yards on four rushes. He accounted for six touchdowns. Thompson also played some at quarterback, completing both of his passes for 75 yards, including a 26-yard, fourth-down pass to Michael Blackstone. He also had 128 yards receiving.