Vincent now 4-1 after rolling by Fayetteville 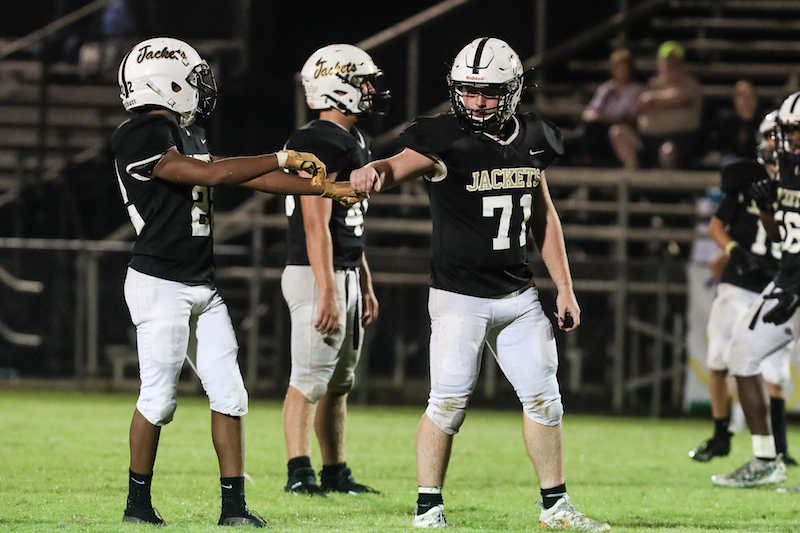 The Vincent Yellow Jackets won their second consecutive region game on Friday, Sept. 17 in a dominant 48-21 victory against Fayetteville. (File)

FAYETTEVILLE – The Vincent Yellow Jackets are consistently plugging away at the 2021 season, and it continued on Friday, Sept. 17 in another dominant effort.

Taking on Fayetteville, the Jackets took a 48-0 lead before eventually winning 48-21 on a night where several players got in on the action.

With the win, and the forfeit victory at the beginning of the year, the Jackets are now off to one of their best starts in several years at 4-1, including a 2-1 start to region play.

The Jackets have now scored 3 or more in four consecutive games, while the defense has given up 27 or less in four of five games played this season.

It’s positive progress for the Jackets, who have their toughest stretch of the season still ahead.

But on Friday night, for the second week in a row, Jermarey Lawson was let loose.

The running back totaled 206 yards and three touchdowns running, while he also added 70 yards and one touchdown receiving. Those numbers going into that difficult leg following a bye week next week will be key for the Jackets’ chances at battling for a playoff spot.

Lawson scored on the first two drives for Vincent, giving the Jackets a 14-0 lead with touchdown runs of 39 yards and 6 yards.

The running back then made it three unanswered touchdowns when he took in a 10-yard run to make it 21-0 at the half.

Coming out of the halftime break, Zac Carlisle wanted to get in on the action, and he did just that when he caught an 18-yard touchdown pass from Blake Allums to make it 28-0.

Lawson’s break from the end zone didn’t last long, however, as he made it 34-0 when he broke loose on a 70-yard touchdown pass from Allums.

Fayetteville added three late touchdowns to make the final score look closer than the rest of the game.

In addition to Lawson’s performance, Allums added 173 yards and two touchdowns passing, while Wright led the defense with 10 tackles and a sack. Carlisle also played well defensively with two interceptions.