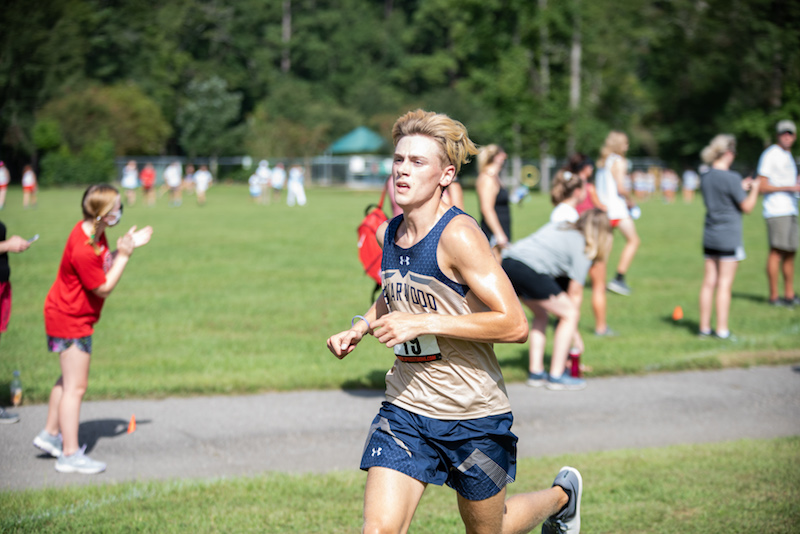 On a day when flooding rains hit the city of Tuscaloosa, the runners didn’t let that stop them from special performances, as the Lions had five combined top-10 finishers between the two races.

Bella Doss, however, was the only Briarwood runner to bring home first. The sophomore for the Lions took the top spot in the girls race behind a time of 20:33.82.

It marked her fastest time of the season through three events, as she picked up her second top-10 finish of the season.

For the boys, it was a consistent effort as three runners finished inside the top 10.

Brandon Dixon was the highest finisher thanks to taking sixth with a time of 17:52.49. It marked his fastest time of the season and second top-10 finish after claiming first in his opening meet of the year.

Two others added their fastest times of the season for the Lions as well, as Luke Thompson finished eighth behind a time of 17:59.96 and Ford Thornton finished ninth with a time of 18:24.60.

Patrick Hnizdil added one more inside the top 25 thanks to his finish of 22nd after finishing the race in 20:13.03.

Behind Doss in the girls race, Luci Williams added one more top-10 finisher for Briarwood. The sophomore finished the race in 22:30.76, which was her fasest time of the season.

Those three finished just high enough to give Briarwood a score of 69, which just edged out Demopolis for third, while Clinton won the event with a score of 25.

The boys picked up a score of 52, which was 20 points behind winner American Christian and 11 points ahead of Clinton in third.