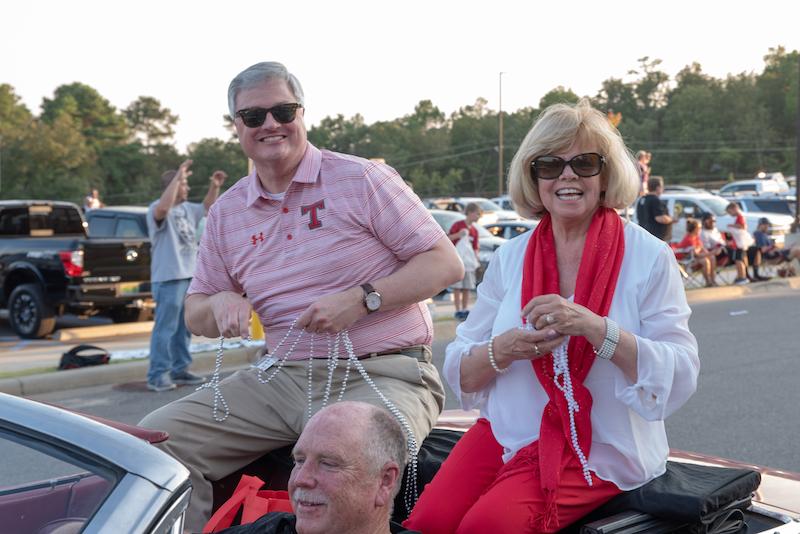 ALABASTER – Alabaster City Schools has announced the official date for the school district’s homecoming celebration, which will be held on Wednesday, Oct. 6 for all ACS schools.

The theme of this year’s event is “Centennial Celebration” as the school district is celebrating the 100-year anniversary of Thompson High School. Superintendent Dr. Wayne Vickers described the upcoming festivities as an exciting opportunity for the community to join together in the celebrations.

“We’re so excited to once again to have a community-wide homecoming parade. This is an exciting time where all of our schools celebrate homecoming as a citywide event,” he said.

The event will begin with the annual homecoming parade at 6 p.m., which will travel around the Thompson High School campus, beginning near the back parking lot and progressing around Warrior Parkway to the school’s new stadium.

As part of the special occasion, all of the high school’s former principals will serve as Grand Marshals in the parade, consisting of Larry Simmons, Ron Griggs, James Elliott, Robin Thomas, Danny Steele and Wesley Hester.

“All of the formal principals will be in attendance and will be grand marshals in the parade. So, this is an exciting time with our homecoming week celebrating the 100-year anniversary of Thompson High School,” Vickers said. “So it’s a great thing to celebrate, and homecoming is going to be a special time in our community.”

The floats will travel down the center of the road so the school encourages attendees to use both sides of the road for viewing. A community pep rally will follow at the school’s stadium starting around 7 p.m., and celebrations will conclude with a fireworks finale.

Prizes will also be awarded to students with categories including Best Overall, Best Class Float for THS, Most Creative, Best Use of Theme and Most Spirit.

Parking will be available around the THS campus. The back entrance to THS (Kent Dairy Rd.) will be closed starting at 4 p.m. to public traffic. It will only be used for float traffic.

The entrance to the campus will be closed at 5:55 p.m. to allow for the parade to begin. If you are not on campus by 5:55 p.m., you will not be able to enter until the parade route ends. Both front and back access will reopen after the parade concludes.