We need to find unity again 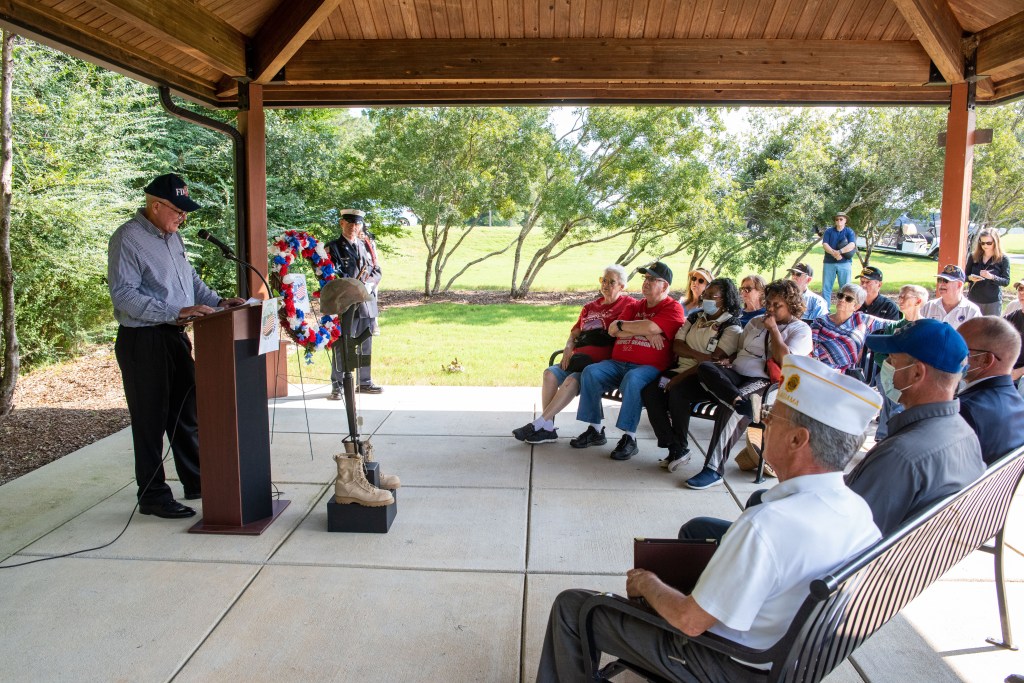 Veterans, first responders and residents gathered at the Alabama National Cemetery on Friday, Sept. 10 for a 9/11 remembrance ceremony and day of service. (Reporter Photo/Keith McCoy)

Twenty years ago, I sat in my seventh-grade Current Events class, trying to make sense of the images filling the TV screen as my classmates and I took morning news notes on Sept. 11, 2001.

At some point, I think we put our pencils down and just watched. Watched flames eat through the World Trade Center towers, smoke billow from the buildings and terrified people on the streets of Manhattan flee from the area. Footage of the towers collapsing and the additional plane crash scenes at the Pentagon and in Shanksville, Pennsylvania, left us all in shock.

My memory of how the rest of the school day unfolded is fuzzy, but those moments when the news broke of the terrorist attacks – the deadliest attacks on U.S. soil to date – are forever cemented in my mind.

But I believe our post-9/11 spirit of unity has faded significantly, and I wish we could revive it. As I stood at the Alabama National Cemetery’s Committal Shelter 3 during a 9/11 commemoration ceremony last week, I felt connected to other attendees, many of whom I didn’t know, as we reflected on the tragic events of that day and honored our country’s heroes. It reminded me of the days and weeks immediately after Sept. 11, 2001, when it felt as if everyone across the country—regardless of political views, ethnic backgrounds and religious beliefs—had banded together simply as Americans.

Even as a teenager, I noticed that widespread patriotism, and I, like many others, took comfort in it. We didn’t know what the future held, but we were going to find out together. Old, young, Democrat, Republican—it didn’t seem to matter. We were on the same team as American citizens.

This is not a new observation, but it bears repeating: It doesn’t feel like we’re on the same team anymore. All you have to do is turn on your TV or scan social media for a few minutes, especially during an election season, and it’s clear. The amount of name-calling, finger-pointing and bickering has gotten out of hand.

We need to return to that place we found after 9/11 of moving forward together. I’m not saying we should all adopt the same political beliefs. We live in a free country and get to decide which individuals or groups we want to support based on how we feel about certain issues. And I’m not saying we shouldn’t engage in political discourse, because that’s part of a healthy democracy.

This isn’t about politics; this is about our willingness to work together and acknowledge our differences but still treat each other with respect. We can find common ground with each other if we try, even if we start with the obvious: We’re all people, and events like 9/11 affect all of us. We need to rekindle the unified spirit that carried us through some of our darkest hours to daylight again.

Hildreth is the definition of what comes from Shelby…