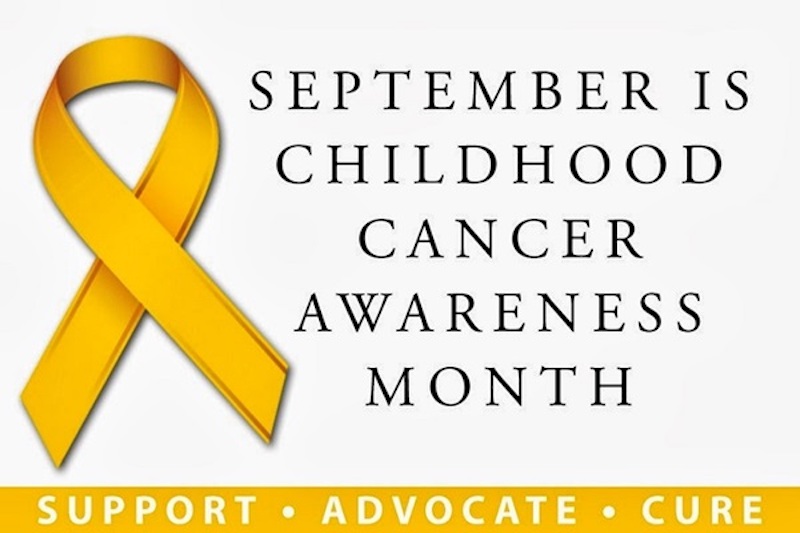 “The number one cause of death by disease among children is cancer,” Waters read from his proclamation. “Whereas one in 285 children in the United States will be diagnosed by their 20th birthday, and whereas 43 children per day, or 15,780, children are diagnosed with cancer annually in the U.S.”

Waters made special mention of the Destiny StrongEr Foundation, a local organization dedicated to raising money to fight childhood cancer, and to raise awareness of how many families are impacted by childhood cancer on a regular basis.

The Destiny StrongER Foundation was founded in honor of Destiny Riekeberg, a Pelham child who passed away from a rare form of liver cancer on Sept. 17, 2020. Her parents, who run the foundation from their Pelham home, have made it their mission to find a cure for childhood cancer.

“When I think about my daughter Destiny, I think about boldness, fearlessness, go-getter, taking life by storm, making her dreams come true,” Destiny’s mother, Lacretia Riekeberg, told the Council. “It’s almost as if she read the handbook of life before she got here. She was such a joy to parent; she made it so easy. During her cancer journey, we saw this other side of her: faithful, caring, empathetic, strong, brave. It was because of her strength that I was able to be so strong.”

“As Destiny’s parent, I am still living a parent’s worst nightmare,” she continued. “Every morning when I wake up, the only thing that gets me out of bed is to continue Destiny’s fight.”

Destiny’s father became very emotional at the podium, fighting back tears as he spoke of his daughter and the outpouring of support from the Pelham community.

“When I think about the Destiny StrongER Foundation… I think about the gaps that were filled for us through the journey,” he said. “A lot of people who have one child, if something happens to that one child they tend to retreat backwards to their home. Pelham is our home, forever. Because of the outpouring of love and support and generosity for us while we were in intensive care with [Destiny] for eight months, that’s the motivating factor to wake up every day: to do it for the next person.”

Waters concluded his proclamation by encouraging all Americans to observe Childhood Cancer Awareness Month, and “support this cause that so deeply impacts families in every community across our country.”

For more information on the Sept. 20 City Council meeting, visit their website at pelhamalabama.gov.