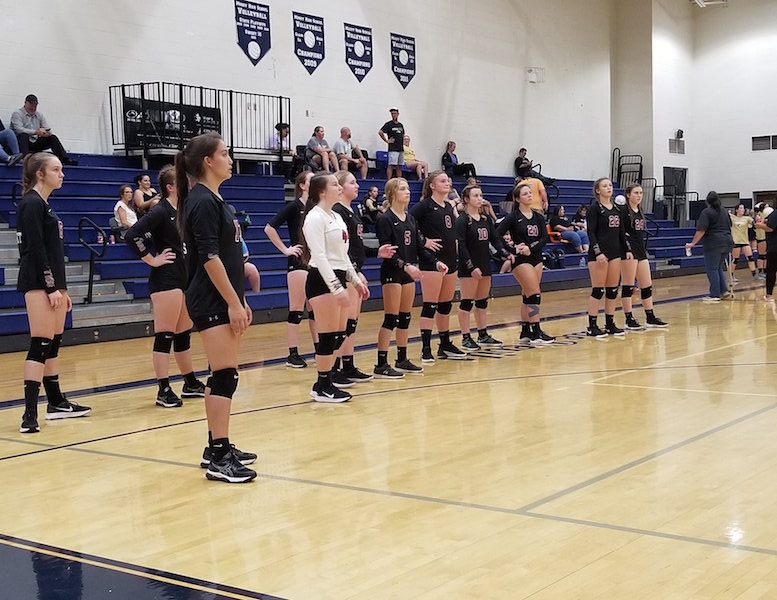 The Shelby County Wildcats picked up their third area win of the season on Sept. 21 in a 3-1 win against Central Clay. (Contributed)

COLUMBIANA – One night after losing to Sylacauga for their first area loss of the season, the Shelby County Wildcats bounced back in a big way on Tuesday, Sept. 21 against Central Clay.

Entering the match with three losses in their last four matches and two in a row all in straight sets, the Wildcats were in need of a big bounce-back performance, and that’s exactly what they got against the Volunteers.

With the loss to the Aggies in area play the night before, Shelby County fell to 2-1 in area play, but the opportunity to get to 3-1 was big for a team competing for one of the top-two spots in the area.

The Wildcats used that to their advantage, as they came out with a ferocious start to the match. They pulled out in front early in the opening set and never looked back en route to a 25-14 victory in the set.

That put them on top 1-0 in the match, which set the tone for a strong night for the Wildcats.

Central Clay bounced back to make the second set much more competitive, but Shelby County was too much of a force.

The Wildcats still had the momentum, and seemed comfortable late, which led to them pulling away for a four-point, 25-21 win in the set to take a 2-0 lead in the match.

Down 2-0, the Volunteers were in a position of needing to win three consecutive sets to take home the area win, which also meant they needed to win the third set to stay alive.

That led to a strong performance from Clay in the third set, which led to a down-to-the-wire finish.

Shelby County, however, played pressure free and built off of the tight win in the second set to win the important points late for a 25-22 set win and a 3-0 sweep in the match.

The Wildcats were led by Ava Nettles with 16 kills, while she also added 10 digs, two aces and two blocks. Madison Wood was the team leader in assists with 20, while she also led the team digs with 18. Wood added four aces and four kills to her stat line.

With the win, Shelby County moved to 3-1 in area play, which puts the Wildcats in second behind Sylacauga in the area standings. They will host Sylacauga on Oct. 5 and travel to Talladega two days later to finish out regular-season area play.