Two Chelsea restaurants expected to open in next five months 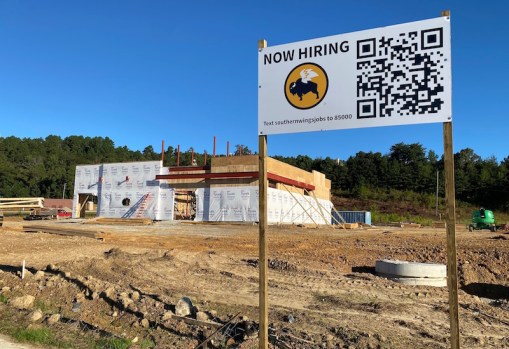 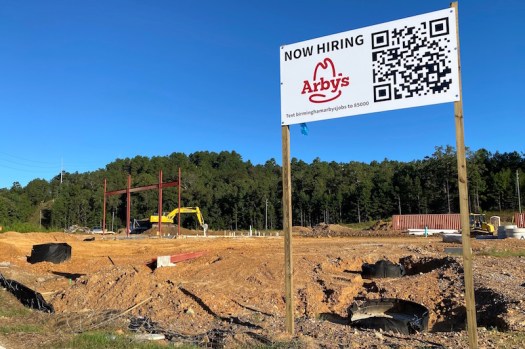 An Arby’s location is also being built next to Buffalo Wild Wings off U.S. 280 in Chelsea. (Reporter Photo/Alec Etheredge)

CHELSEA – Work on two new restaurants near the U.S. 280 corridor is progressing despite recent construction delays.

Buffalo Wild Wings and Arby’s locations are being built side by side on property next to Tractor Supply.

“We’ve had holdups on construction, but we’ll get there,” Southern Wings Inc.’s Tim Spencer said at a Chelsea City Council meeting on Tuesday, Sept. 21. “If we can find some A/C units, Arby’s should be open in December. We’re really excited.”

The council approved a retail liquor license for Buffalo Wild Wings, which Spencer said is expected to open in January 2022.

“We are certainly excited,” Mayor Tony Picklesimer said to Spencer. “You’re going to be very busy when you do get it open.”

When Spencer and his business partner, Sterling Barbour, announced their plans in the spring, they said the Chelsea location of Buffalo Wild Wings would be their ninth store, and the Arby’s location would be their first Arby’s restaurant to open.

They broke ground on the project in April.

Spencer said Chelsea’s Buffalo Wild Wings location will be about 4,500 square feet and will feature the company’s standard model with the latest design and interior fixtures and finishes.

The restaurants will be accessed via a new service road the city is building to accommodate future business growth in the area.