Finding a way: Chelsea downs Pelham in thriller for first win of season 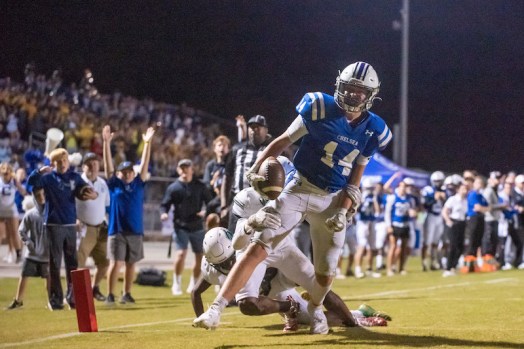 Chelsea quarterback Cooper Griffin celebrates after scoring a touchdown during the Hornets' 31-28 win against Pelham. It marked Chelsea's first win of the season. (Reporter photo/Keith McCoy) 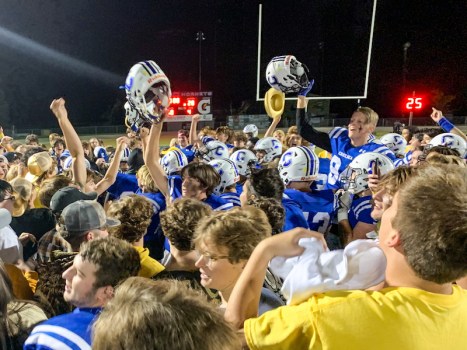 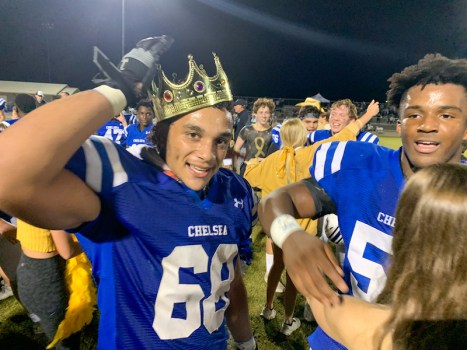 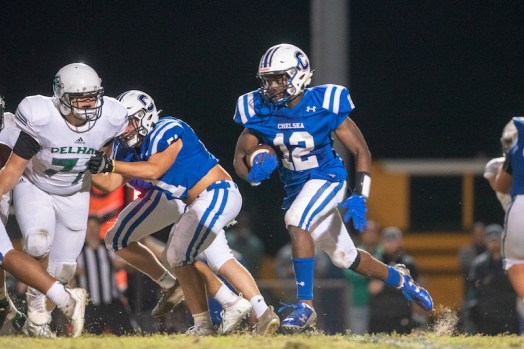 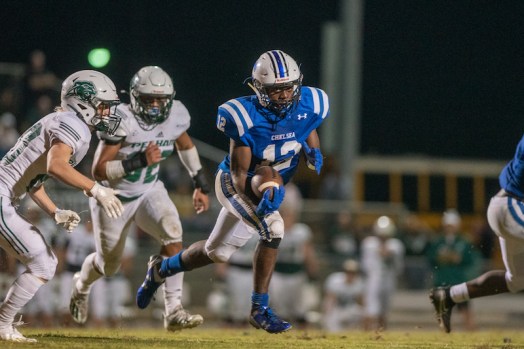 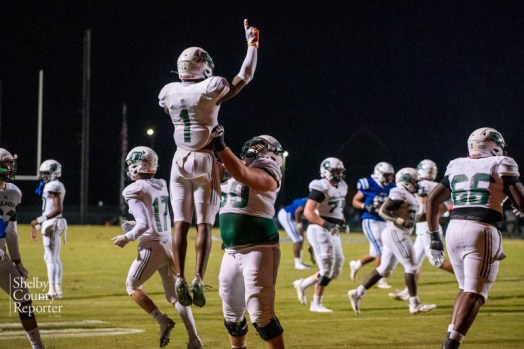 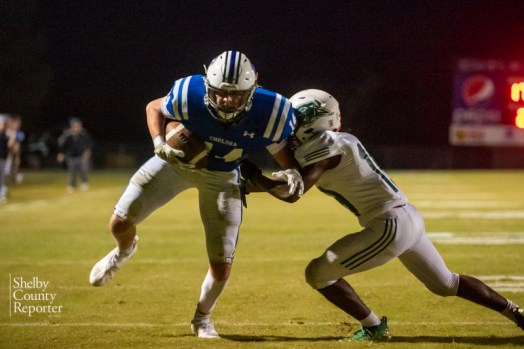 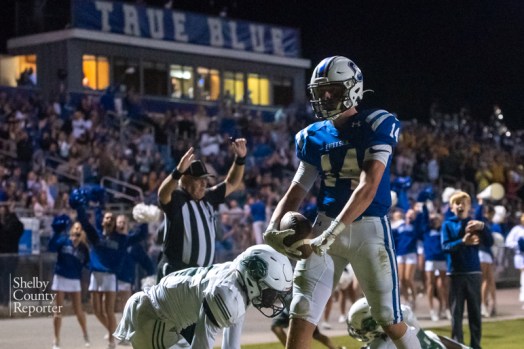 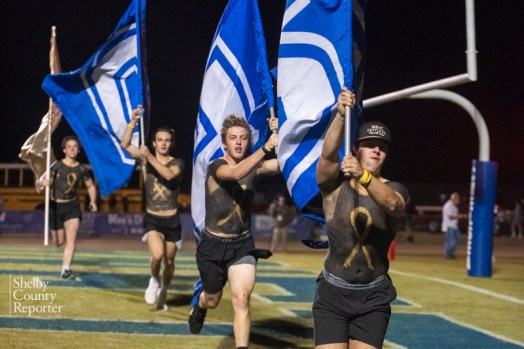 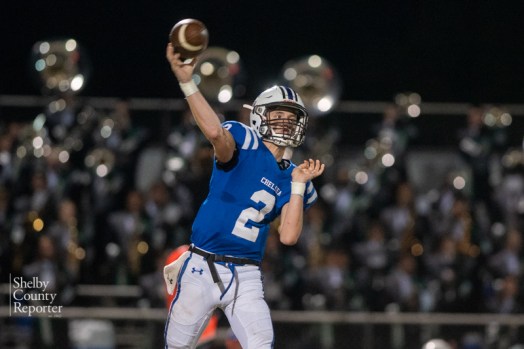 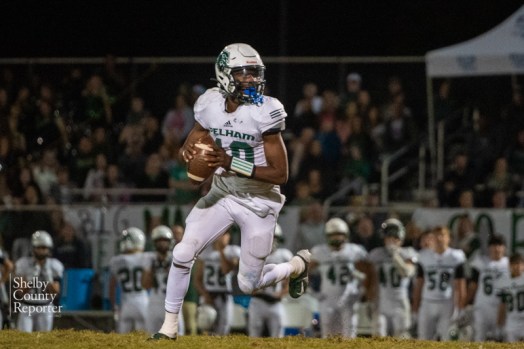 The Pelham Panthers grabbed an early lead against Chilton County on Friday night, Oct. 22, and pulled away for a 35-14 win. (File) 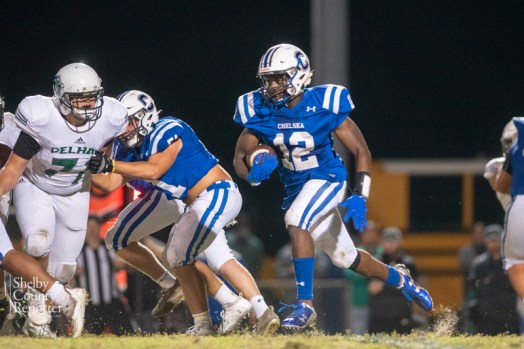 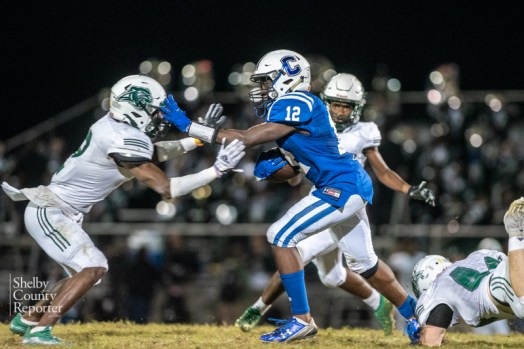 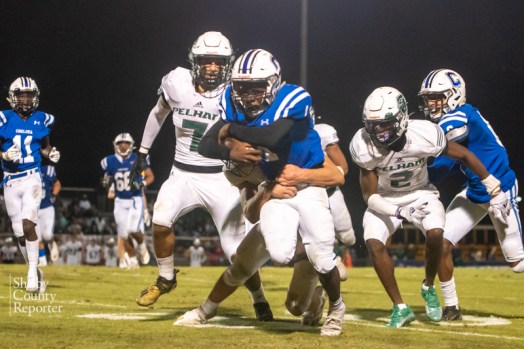 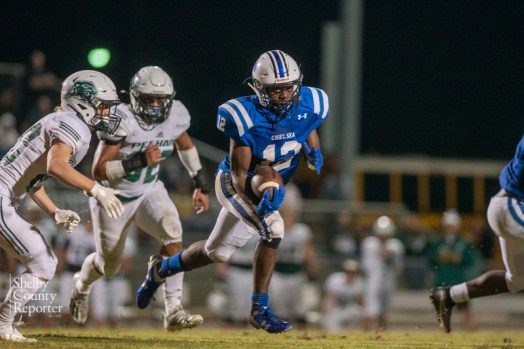 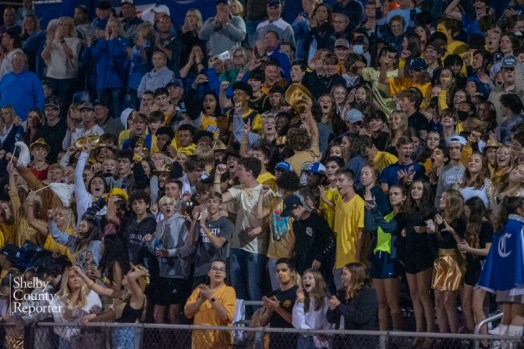 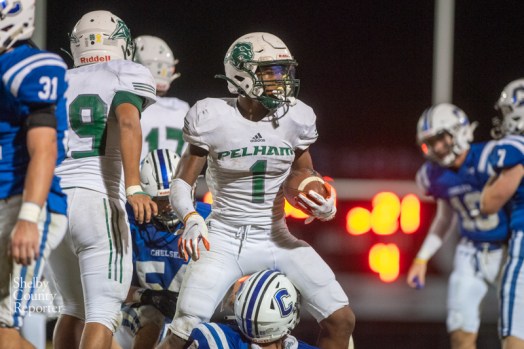 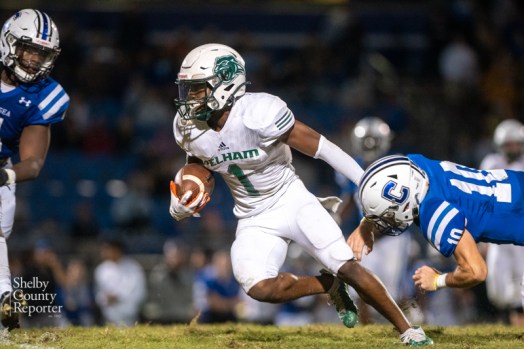 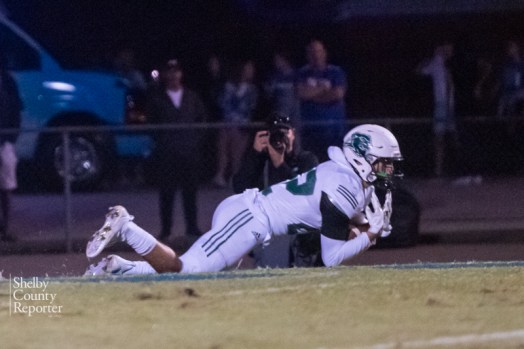 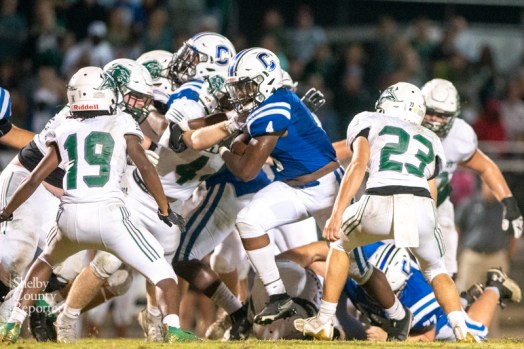 CHELSEA – Students flooded the field at Chelsea High School on Friday night, Sept. 24 after the Chelsea Hornets closed out a tight game against county foe Pelham for their first win of the 2021 season.

Following three consecutive losses by 13 points or less, the Hornets were able to overcome an early deficit in the second half against the Panthers to pull off a 31-28 victory in front of the home crowd.

“We knew Pelham was a quality football program that was going to do a great job and really challenge us, but we knew our kids had potential,” head coach Dustin Goodwin said after the win. “We’ve done some really good things, we’ve just had a hard time putting four quarters together. I’m extremely proud of our kids for continuing to fight, not letting the moment be too big and finding a way to get it done.”

Chelsea had a flawless start to the game with a quick 33-yard field goal from Jack Seymour in the first two minutes.

After starting with good field position, the Hornets got a big 21-yard catch from Cooper Griffin to get into field-goal range. Seymour then nailed his field goal attempt to make it 3-0 with 10:20 to play in the opening quarter.

Chelsea quickly got the ball back after a defensive sack on Pelham’s first drive.

The Panthers went to work and ran a smooth eight-play drive with big plays from Matt Gray and EJ Hudnall. Eventually, Hayden Garrison hit Hudnall for an 8-yard touchdown pass to make it 10-0 with four minutes to play in the half.

Pelham’s Gabe Gamble, however, woke up with the Panthers down two scores.

That led to a back-and-forth stretch, as Chelsea answered with an 11-play drive. It wasn’t as clean as the first two drives with a few penalties along the way, but Emerson Russell eventually found the end zone from 10 yards out one play after a Pelham personal foul to make it 17-7 with 10:46 left in the half.

Chelsea had a chance to make it 24-7 late in the half, but a big sack from Brayden Marlow took the Hornets out of field goal range and eventually led to Pelham taking over near midfield.

The Panthers went three-and-out, but a muffed punt led to them getting it right back.

This time, Gamble had runs of 3, 3, 21 and 2 yards, while Christian Pritchett had a 22-yard catch. Shortly after, Darius Copeland went in from a yard out to make it 17-14 going into the half.

Pelham quickly capitalized on the momentum swing coming out of the locker room, putting together another scoring drive quickly to open the third quarter.

Pelham started the drive at its own 45-yard line with great field position, and a face mask following a third consecutive run from Gamble set them up in good shape.

The Panthers still ended up in a fourth-and-6 situation, but one play after an incomplete pass, Will Lankford hit Copeland from 20 yards out to give them their first lead at 21-17 with 8:58 left in the third.

“We challenged them to keep their head on straight whether good or bad things are happening, and they did that,” Goodwin said of the early deficit in the second half. “I don’t think anybody lost their head, and I think everybody kept doing their job, which led to the strong finish.”

Keeping their heads on straight paid off quickly with an 11-play drive to answer Pelham taking the lead. It was capped off on a 7-yard touchdown pass from Garrison to Griffin to put Chelsea back up by three.

Pelham got another great chance to take the lead back after a sack and fumble gave the Panthers the ball deep in Chelsea territory at the 21-yard line early in the fourth quarter.

Chelsea’s defense, however, came up big by forcing a turnover on downs.

The Hornets went on an 81-yard scoring drive behind big runs from Gray and Russell, before Garrison punched in a touchdown to make it 31-21 with 7:15 to play.

“I would expect our kids for their confidence level to be high,” Goodwin said of what the win could mean. “We feel like we’ve been really close and had a couple slip away from us late, but we still have the second half of our season where we do have a chance to make the playoffs, so we’ll enjoy this one, but we’ll get back to work on Monday.”

Chelsea was led by Garrison with a 16-for-24 game featuring 214 yards and two touchdowns. Gray led the way on the ground with 109 yards on 19 carries, while Griffin totaled 110 yards and a touchdown on eight catches.

Pelham was led by Will Lankford and Gabe Gamble. Lankford totaled 119 yards and two touchdowns passing with 32 rushing yards, while Gamble had 137 rushing yards and a touchdown on 19 carries.