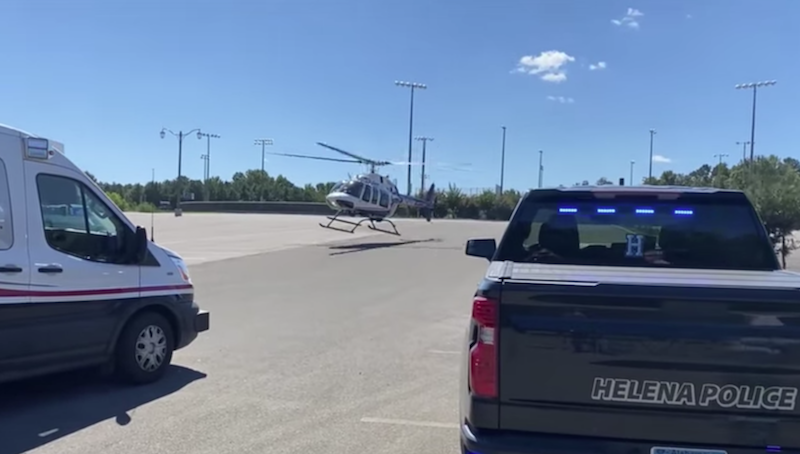 A Helena man injured in a local fire was rushed to UAB Hospital by helicopter. He later died as a result of his injuries. (Contributed)

HELENA – A Helena man died in the structure fire of a single-family residence that took place on Thursday, Sept. 23 in the 1100 block of Lawley Street. The Helena Fire Department (HFD) rushed to the scene in response to a call that the fire had severely injured an individual.

The victim was transported by helicopter to UAB Hospital, where he later died as a result from his injuries. The victim’s name is not being released to the public at this time out of respect for notifying family members.

The HFD has determined the source of the fire began in the backyard and quickly spread to the residence.

The HFD offered their condolences to the friends and family of the deceased individual.

“We strive to serve our community with the best service we can provide,” HFD said in their statement. “We are devastated at the news of his passing.”

Any inquiries surrounding the fire should be forwarded to the State Fire Marshal’s Office.